December 03, 2017
First: I've changed the name from Wampum III to Wampum VM (for Vintage Marblehead). It may not be the final name change though, but it will do for now. It's a Vintage Marblehead sailboat, but with a few modern updates to help the builder. However, the boat should sail essentially the same as it did in 1933, when it was originally designed.

Second: I've finished clear coating and laminating the frames, and have just installed them on the strongback.

In order to do that, I've laminated the entire keel build-up, and have also shaped the keel. 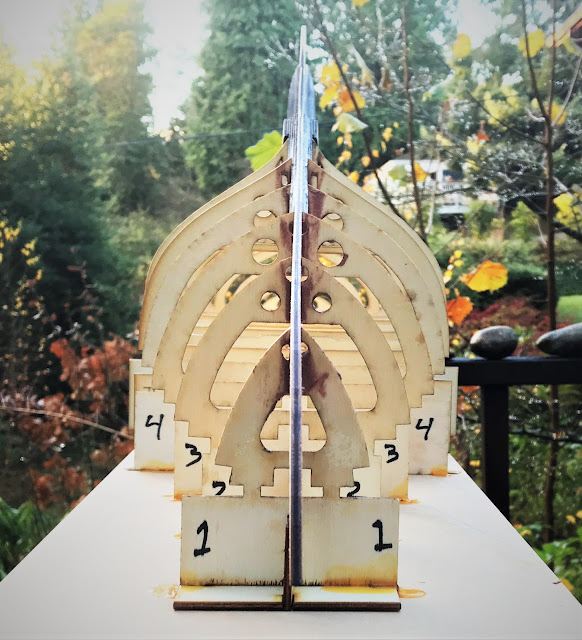 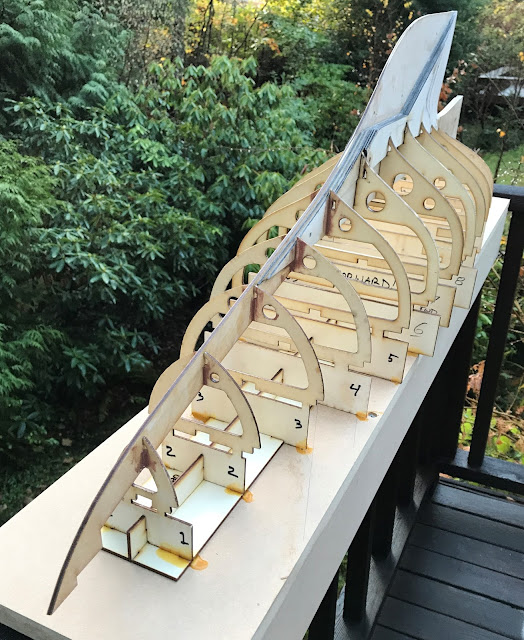 In the pictures below, you can clearly see how the keel system works. The main keel is built up of several laminations of 1/16" plywood on top of a 1/8" inner core. You can also see that the front section of the keel only shows the inner core, but the aft part is shaped wood. The lead ballast will be secured to both sides of the inner core section, and will be molded to match the wood.

When I cut the frames, I also cut pieces to make a male mold for the ballast. Those pieces were laminated together, and then mounted on the keel. In this way, I was able to shape the male mold at the same time that I shaped the keel. So now, the male molds and the remaining aft part of the keel all flow nicely together.

I'm working right now on further refining the male molds, and will hopefully be making the female molds within a week. They will take a month or so to cure, but then I should have a nicely shaped lead ballast that will perfectly match the keel. Fingers crossed!

The ballast male-molds have been removed in the image below and you can only see the inner core and the aft shaped keel. 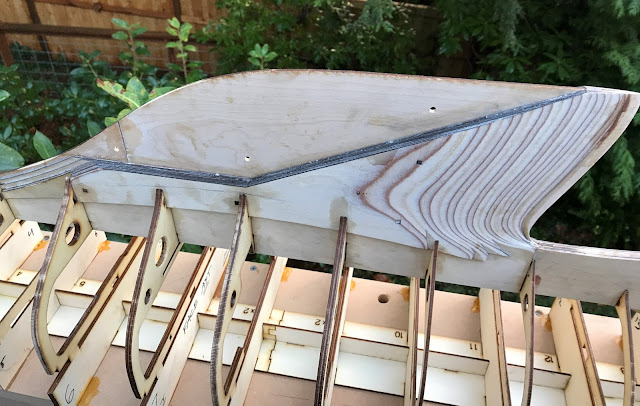 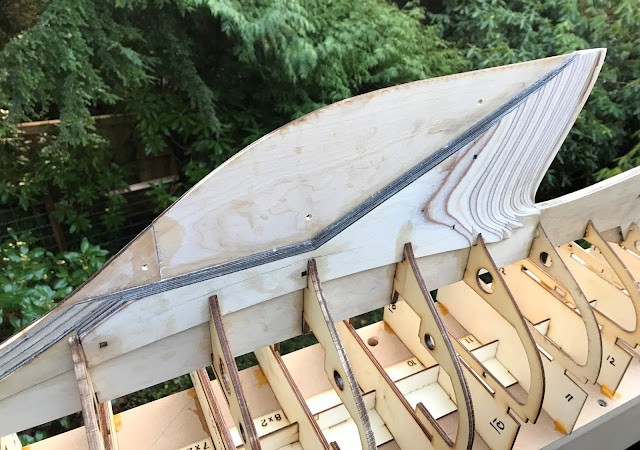 This picture shows how the fin has been shaped. 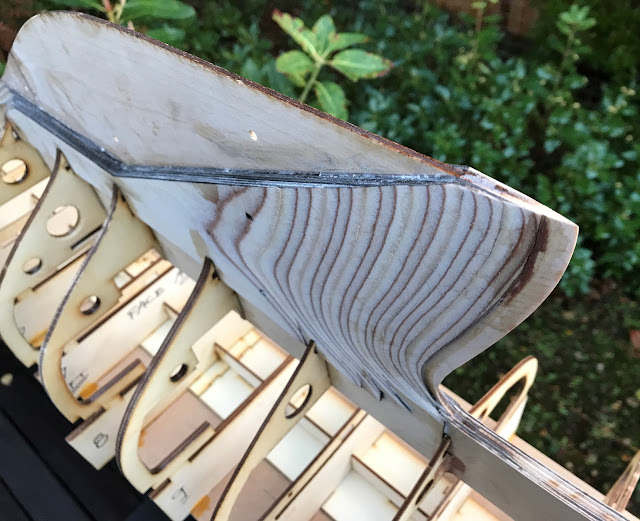 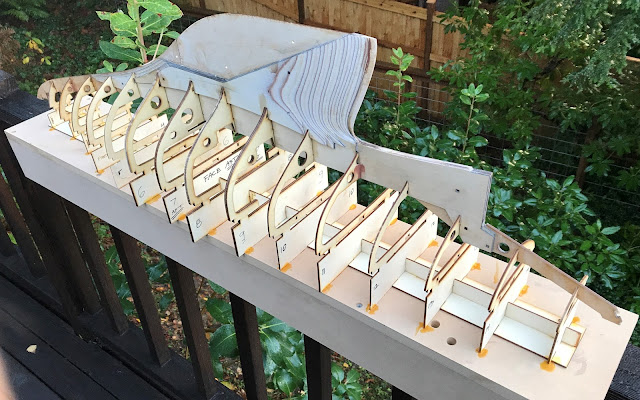