December 07, 2017
For the past few weeks, I've been tinkering on making some male-molds for future ballasts. I've 3D printed two male-molds for Sun Wind HF style torpedo bulbs, one slightly smaller than the other to make a lighter weight bulb if desired. And then also I've worked on a shaped ballast mold for the current Wampum VM that I'm building.

Today, I finally took a big gulp and filled the molds full of refractory cement. Now I'll let it cure for a few days and then attempt to take off the molds and see how they look. Then I'll let the cement cure for a few weeks, occasionally in a warm oven, to fully cure before I attempt to pour lead in them.

Here are two pictures of the molds in boxes that I framed around them. They have also been smeared liberally with Vaseline as a release agent. 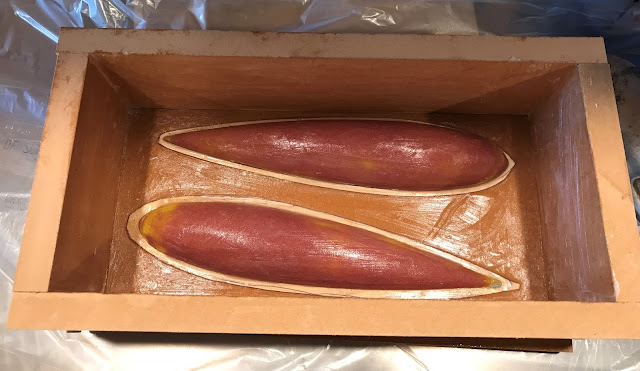 I'm going to wait several days before trying to remove it. Gulp... 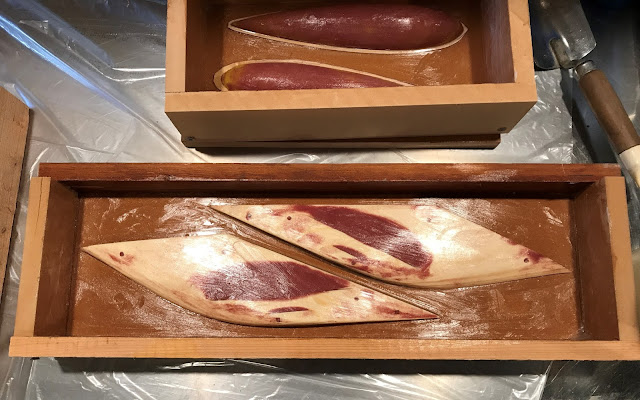 Here are the two molds after being filled with refractory cement. I bought a 25 lb. tub and used it all. It didn't go far, but I had just enough to do the two. I hope that they are thick enough to support their own weight when cured. 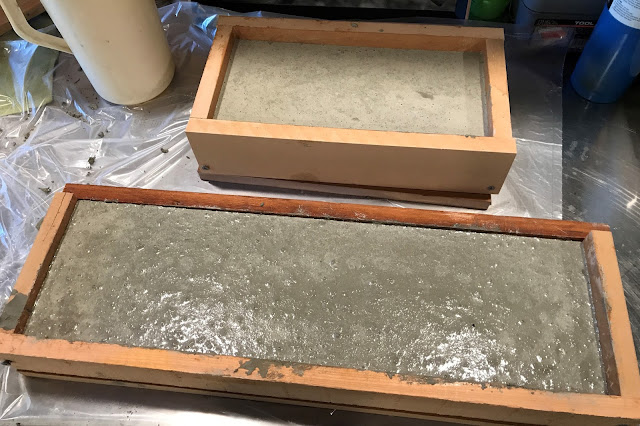 More later after they have a few days to cure and I try removing the molds. Ugh...