April 16, 2017
Spent a bit of time getting things sorted out down below.

One of my many experiments on this build, is to see if I could make a laser cut double swing arm that can hold up. So far, I think it will.

Then the question was how to attach the sheets to the arm such that they will easily run. I found on eBay, two Pekabe single blocks with a bolt so that you could bolt it to the deck. They work really well for the swing arm too though. I had to trim the ends of the bolts after installing though, as they were too long. The Dremel Tool took care of that in seconds.

Finally, I had to find a way to route the sheets to the arm so that the sheets would not rub against the deck supports of the frames. So I ordered two small plastic fairleads from Midwest Model Yachting. I mounted them to one end of a 2" block of hardwood. On the other end was mounted a screw-eyebolt to tie the sheets to.

Here is how it looks: 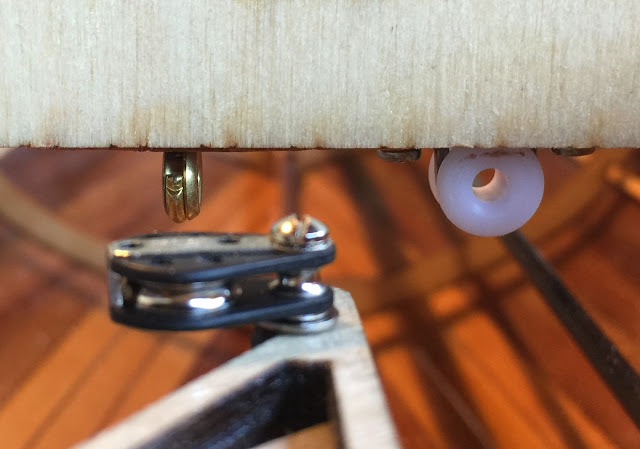 Here is how it looks with the sails all the way out: 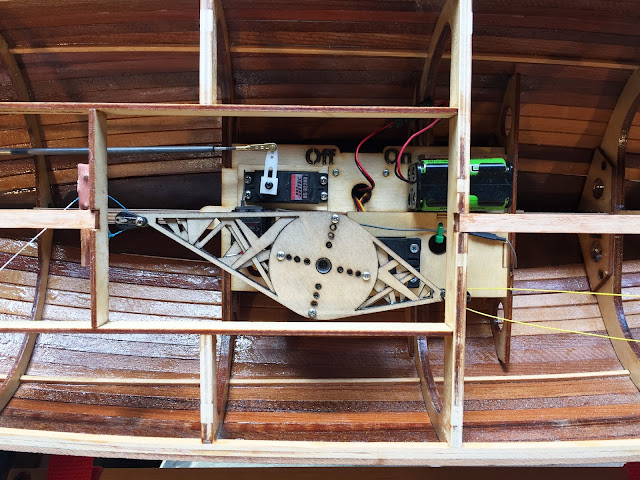 Here they are at a reach: 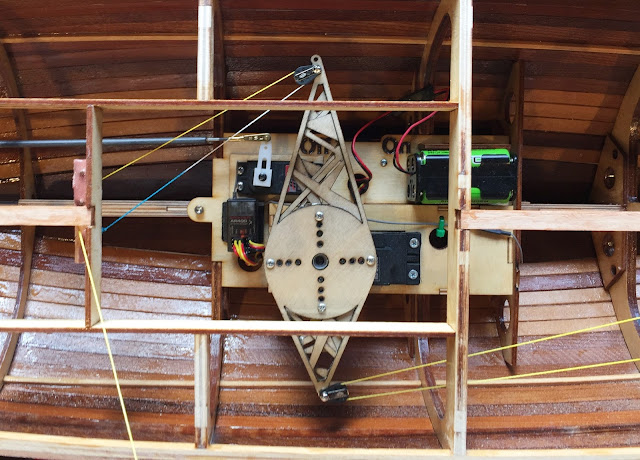 Here they are fully sheeted in: 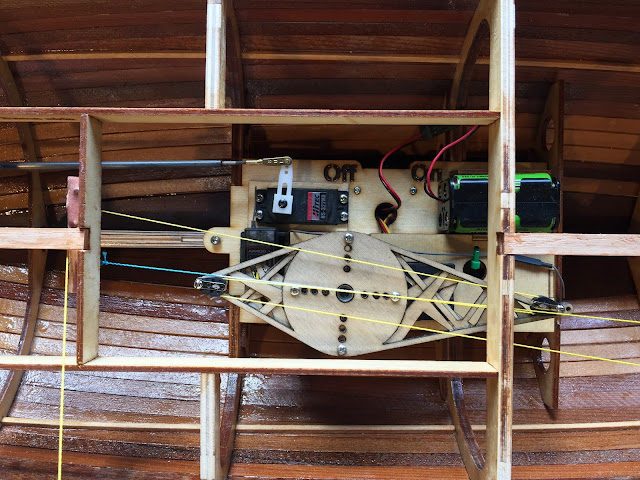 Another view from the front. Yes, I did a very sloppy job gluing them in, but no one will ever see it again once I get the deck on! 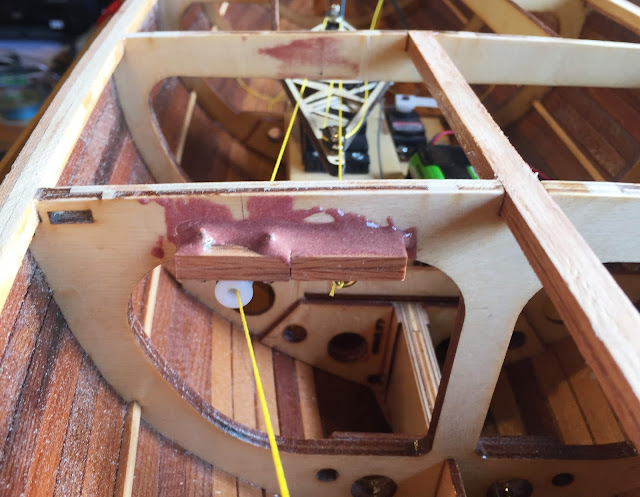 The mainsheet runs 15.75" and the jib sheet runs 11" due to the different lengths of the two sides of the arm.

Starting to think about the deck now!