April 14, 2017
The past two days have been spent working on two things: Fairing the lead bulbs into the fin, and making a custom cedar stand to hold the hull.

I said this in an earlier post, but the boat with fin AND servo tray, including batteries, weighs 14 lbs. 7 oz. The deck, finishing, and rig will add a few more pounds, but the whole thing should be under 20. From my understanding, that is respectable. Thoughts?!

Fairing the bulb halves onto the fin:

Two days ago, I pinned and epoxied the bulb halves onto the inner 1/8" plywood core of the laser cut fin. Then yesterday I started to fair it out by sanding the entire bulb with a random orbital sander. MAKE sure you wear a decent mask while doing this!! Lead is very dangerous, especially when sanding!! I shaped the two bulbs so that they matched each other and looked good with the fin. Then I added additional thickened epoxy at the seams, and at the transition from fin to bulb, and let that cure overnight.

Last night, added more thickened epoxy, but this time to fair the transition between fin and bulbs. The idea now is to go for the final form of the bulb/fin transition. Then I also clear epoxy coated the rest of the bulb to seal in the lead. 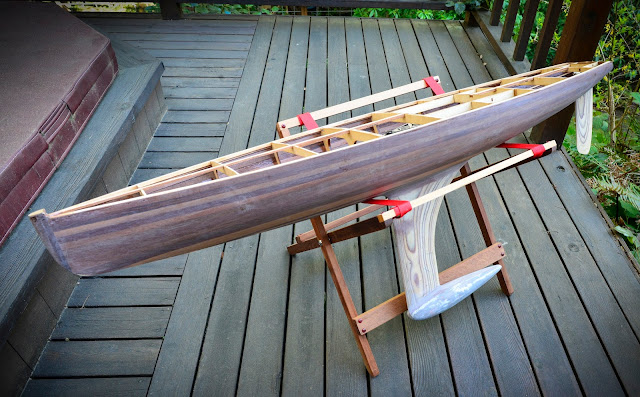 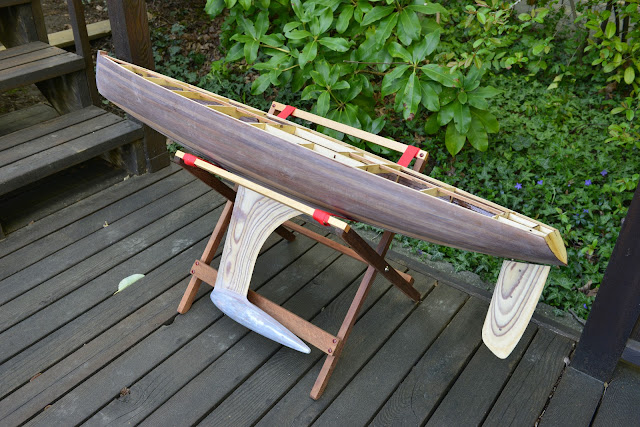 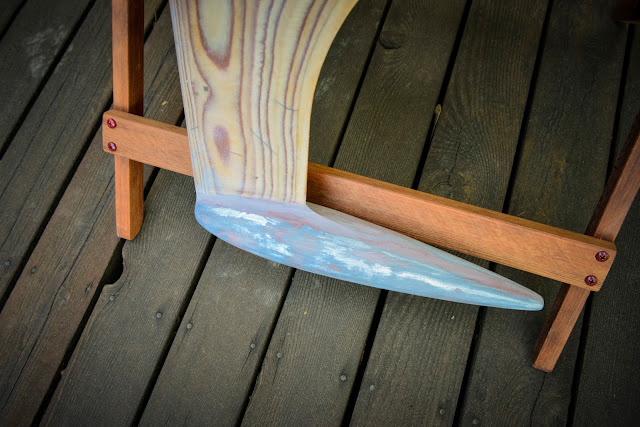 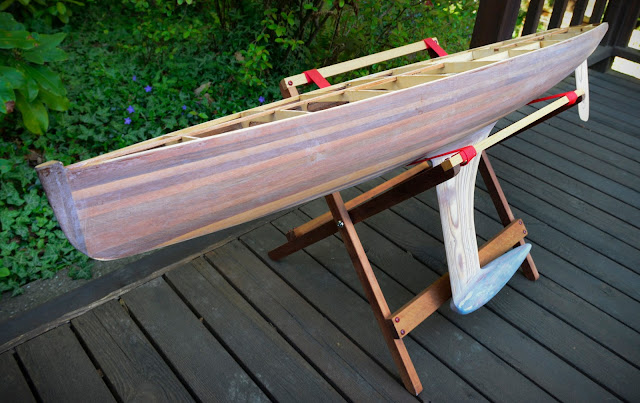 There will be at least one more round of fairing and sealing before it's completed. In fact, after these pictures were taken, the bulb got another light clear coat of epoxy (see picture below)... 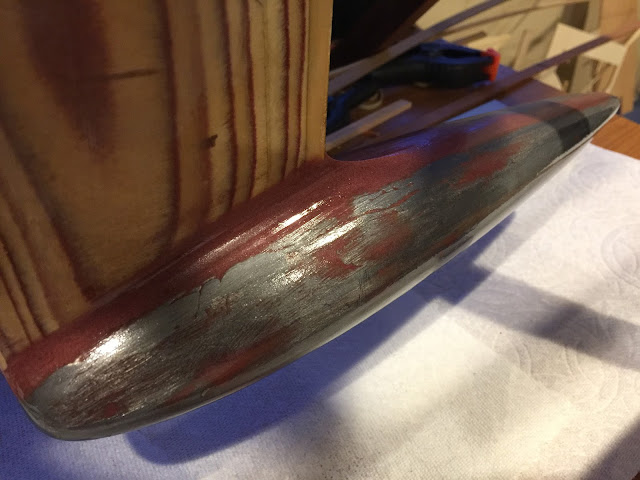 And then one more... 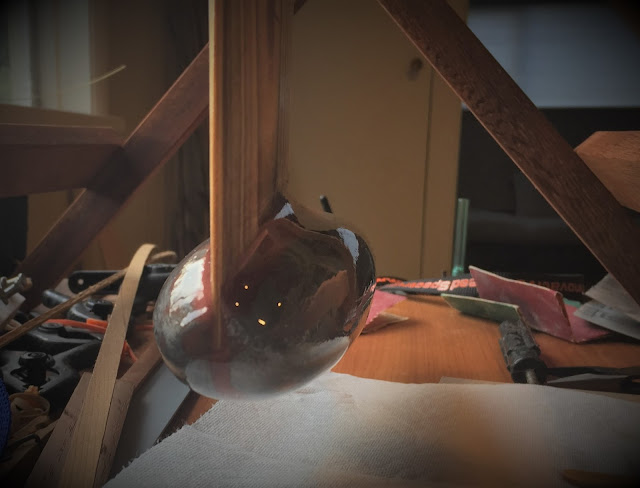 At this point, I think I'm done until I put a layer or two of Interlux 404/414 epoxy filler on the bottom.

For all of my boats, I make a custom sling-style stand. I prefer sling-style over a rigid stand because it allows the boat to heal over a bit if it's sitting in a wind. In a rigid stand, if the gusts are too big, the entire thing may heal over. To be fair, so can my stands, but by healing over it reduces the chances. And, by using nylon straps instead of a solid cutout, the weight is more evenly distributed across the hull. 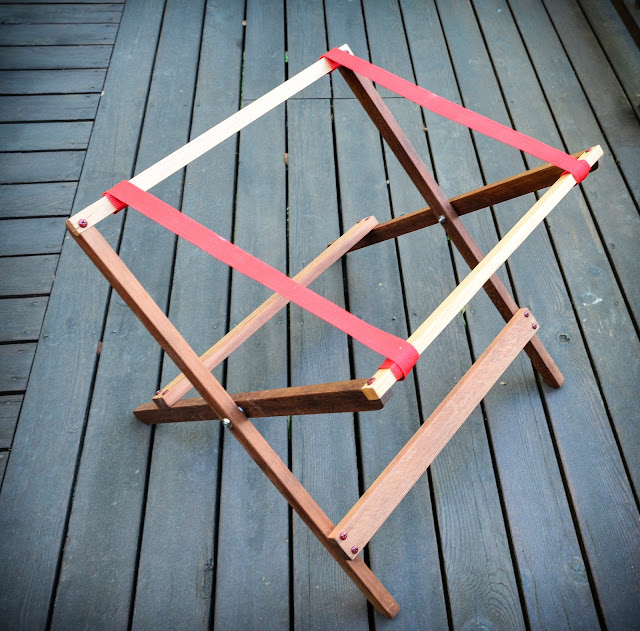 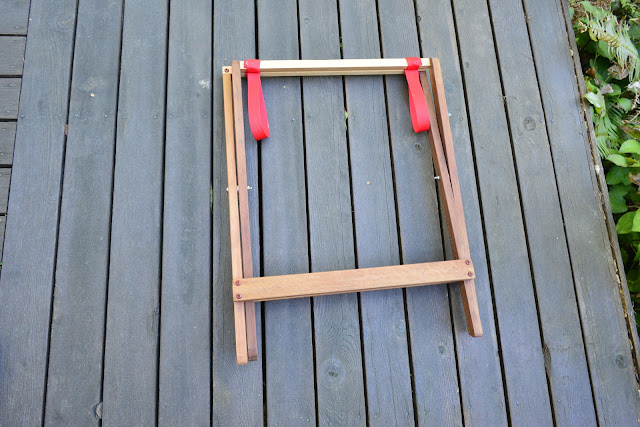 However, if you want to see a really cool custom stand, then check out this guy's plans! Here's another website with downloadable plans and nice pictures. I'm not going to make one right now, but if I get bored in the future I may. What I really like is the "travel" position that it allows for. Pretty cool idea.

If you want more ideas, I saw a picture of a custom, rigid, Canterbury J-Class boat stand that had end pieces cut such that you could simply roll the boat to an angle, or all the way over onto its side. Might have to explore that idea too. Here's another one. All similar ideas... pretty cool.

In the end, though, I like this type of stand. Make whatever style you wish... it's your boat!