Most of the designs from that era that I have seen, have rounded bows instead of pointy bows. The lines from the original Sun Daze shows a rounded bow too. Given that if I simply ran the planks all the way out to meet each other, that they would run well over the 50.25" limit, I will by necessity have to have a rounded bow.

There are many options when it comes to the bow piece. I simply used a block of cedar and epoxied it on vertically. It might look odd to some, but I think that it will make a nice bow. You could also get a block of wood where the grain runs horizontally with the planks. It might sound like it would look better, but in reality the grain doesn't line up well with the planks and your eye sees an unfair line. Also, the end grain, when you shape the bow, will have a different color and will absorb epoxy/varnish differently. Having the grain run vertically instead, makes for a clean break.

You could also use a contrasting colored wood. I chose not to, but the sky's the limit! 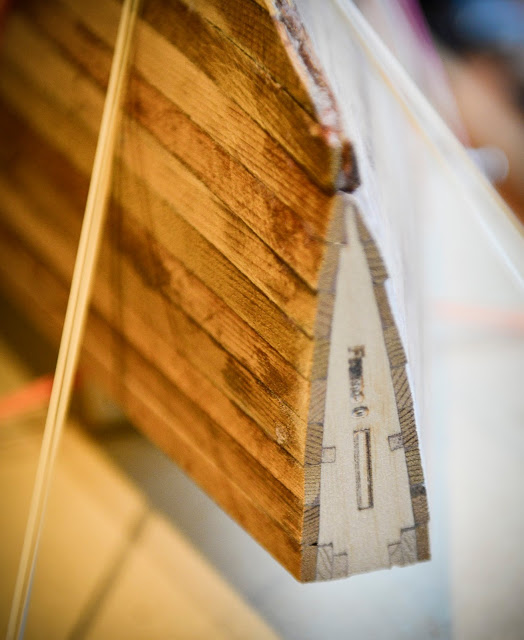 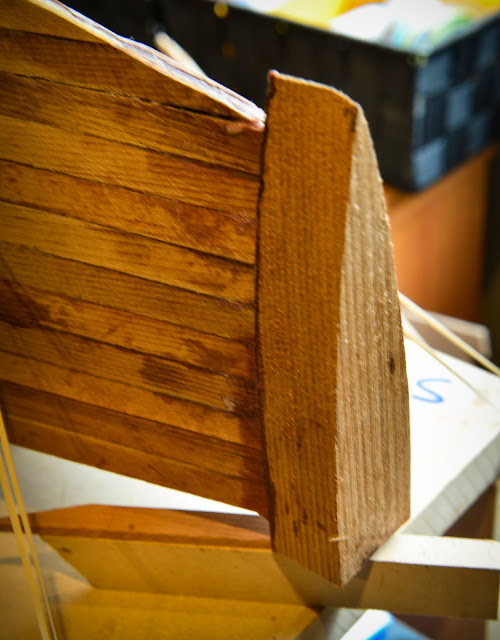 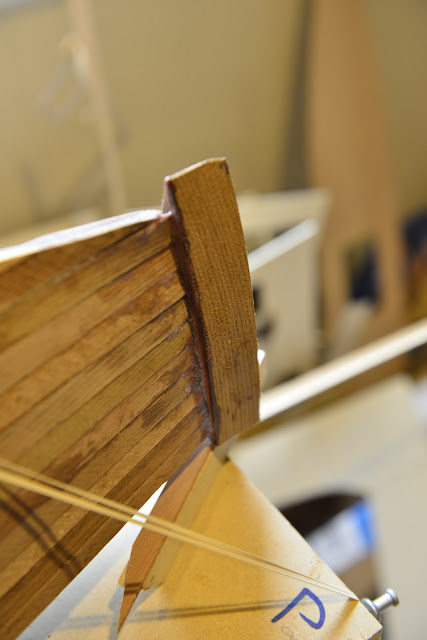 This is how it looks five hours later, after I shaped it with my random orbital sander with 60 grit paper. I think I rounded the bow too much. The drawings actually have a much more severe rounding. Mine it too much of a radius. Ugh... Looks OK though until you compare it to the plans. God... 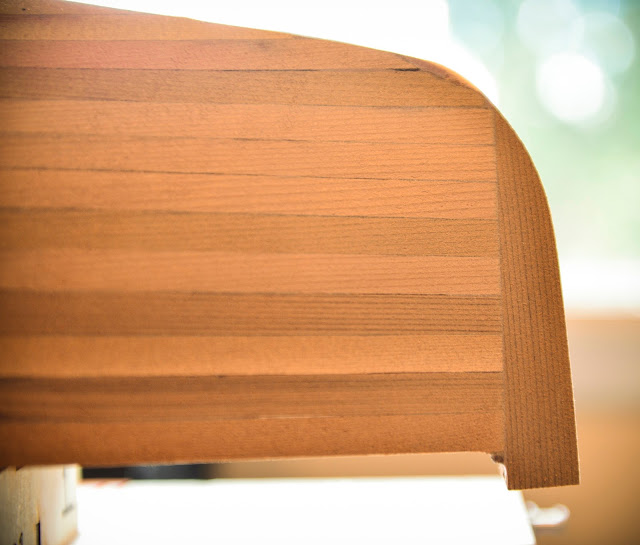 Here's how the bow is supposed to look... 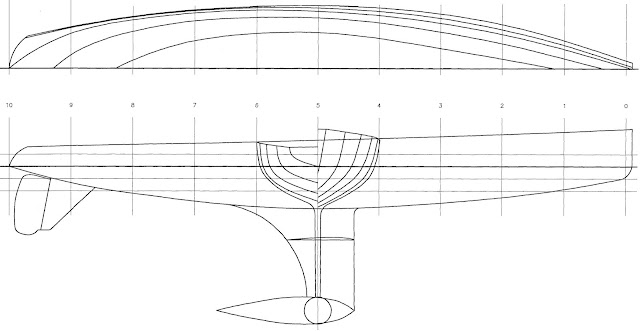 I left the bow piece un-rounded vertically for now though. My idea is that it will be easier to fiberglass the bow with the hard edges. The fiberglass should sit down better. This way too, when the epoxy reaches the 'green' stage, I can trim it easily. After the epoxy dries, I can then sand it round and add another layer of fiberglass just around the bow if I feel up to it. 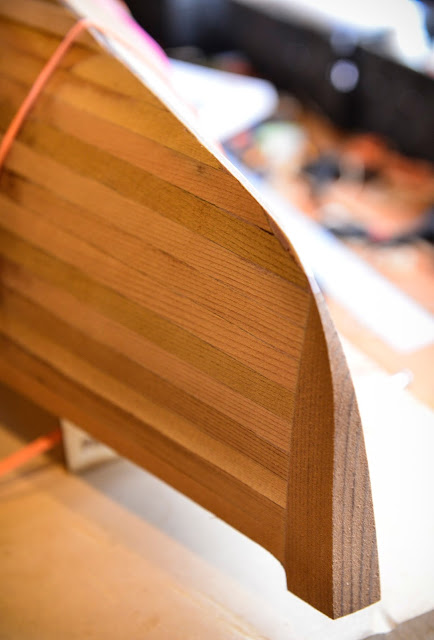 You can also see how the hull will look when it's all planked and faired! Looks much better once it's cleaned up, doesn't it?

The cedar is also very easy to shape. If I had used a hardwood, it may have looked better, but would very hard to fair to the curve of the planks without overly sanding into the soft cedar planks. This way both the planks and the bow piece are the same softness and similar color.

If raced, you are required to use a bumper regardless, so having your bow made of a lighter, softer wood like cedar is OK and saves a few grams of weight.

Know though, that a soft wood bow will not take bumps too well, and will probably show gouges and such. Be careful when at ramming speed!