First, I drilled out the rudder tube hole with a 5/32" bit. The gap that is designed into the aft rudder tube keel assembly easily guided the bit through the slot and simply widened the sides a tad. You can now see that the rectangular opening is now a circular hole. The 5/32" brass rudder tube will easily epoxy into it later on. 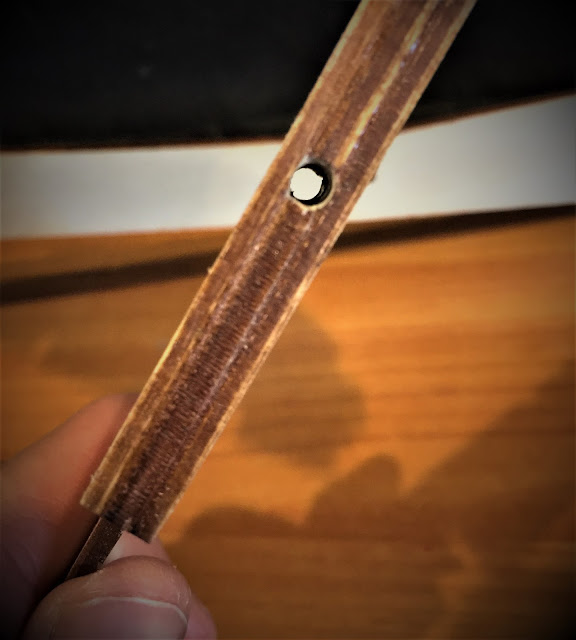 Then started on the frame assembly by epoxying the frames down onto the strongback. Then added epoxy to all the slots on both the frames and on the fin and keel assemblies. They all slipped together pretty well after a little adjusting and persuasion.

Here is how it all looks while it cures. 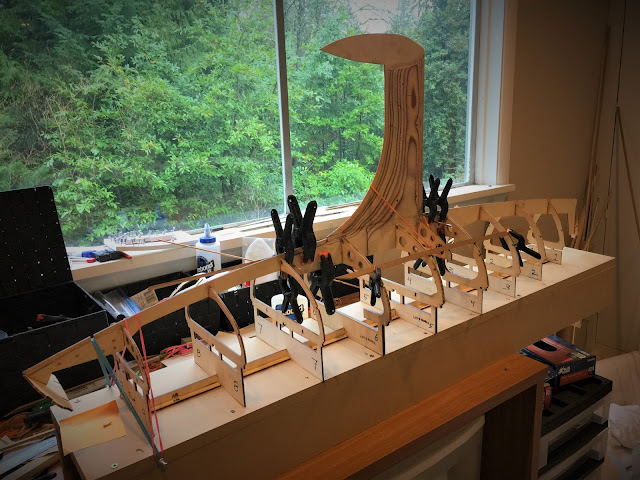 In this image you can see a rubber band holding up the half-frame (Frame 4.5), otherwise it would slip out. The planks clamped to the sides are to keep Frame 4.5 aligned with the other frames. 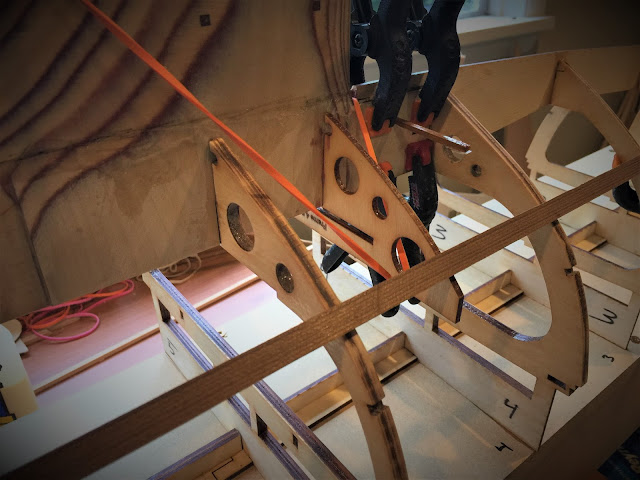 In this image you can see the first use on this boat of the rubber band clamping system that I use. Notice the tacks pushed into the sides of the strongback. There will eventually be tacks to the outside of every frame. The rubber band system is really helpful during planking.

In this case, Frame 9 needed to be held down, so I simply ran a rubber band from one side to the other. 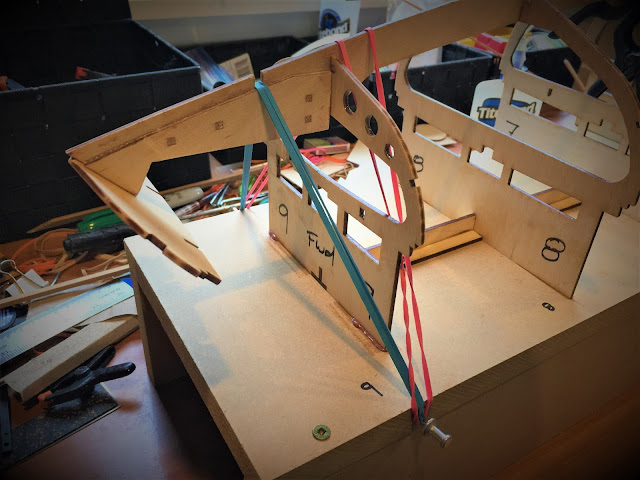 After that, it's on to the sheer rails and the stringers.