The sheer rails are composed of two laminated strips on both sides of the hull where the hull meets the deck. The frames have notches for both the inner and outer sheer rails.

Later on during planking, you will actually add, essentially, a third sheer rail when you laminate on the first plank.

In this first picture, you can see the inner sheer rails on Frame 0. They are held together by a rubber band wrapped around the two rails, and then run aft to the Frame 1 stringer notches, and then up and over the keel.

The darker strip of cedar in the picture is a piece that is run through the "king plank" notches in the deck frames. It is NOT glued in now, but is simply used as a way of centering Frame 0. It will be removed tomorrow. 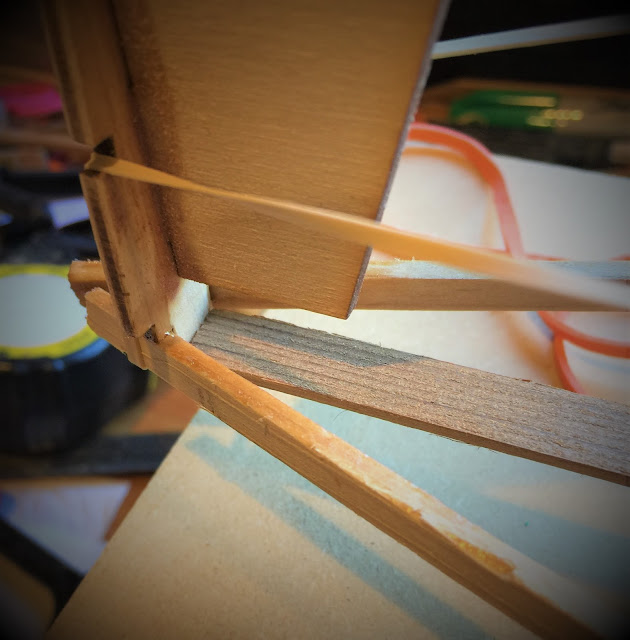 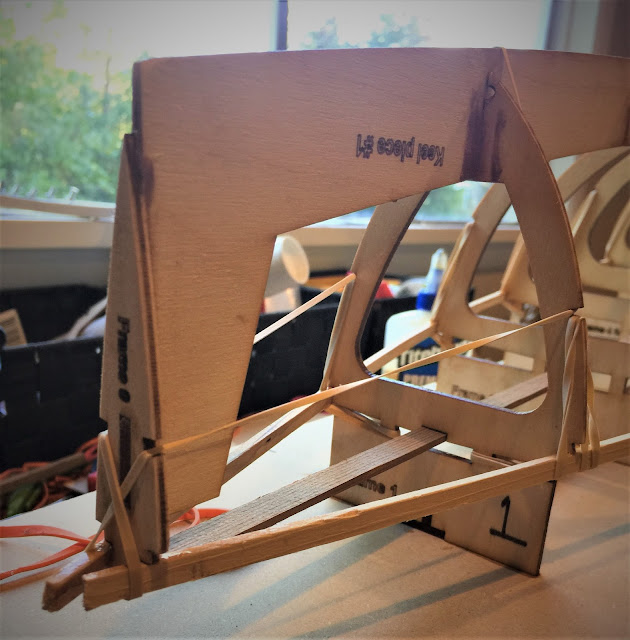 In this image you can see that every frame has a rubber band holding the sheer rail in place while the epoxy cures. 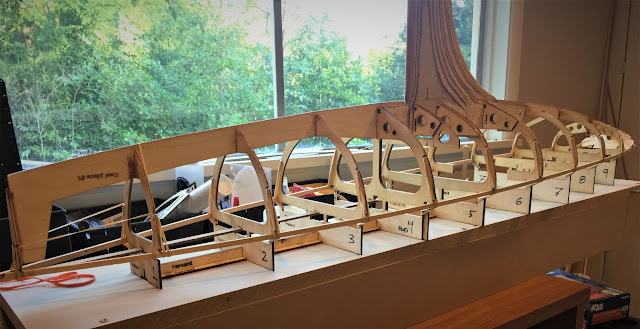 Tomorrow I'll epoxy on the outer sheer rails and the two stringers.