February 09, 2019
The 3D model and subsequent laser cut frames have been working beautifully so far on my Corbie 5 IOM build.

Every plank is meeting every frame.

That said, there were a few things that I could tweak and improve. The main one was the rubber band hooks below the frames. They worked well as originally designed but will get in the way during sanding. They also could have been tucked-in more toward the center-line.

I also filled in the frames. They used to be hollow in the center, but I found that they tended to twist or bend too easily. Having them solid should make them stiffer and stay better aligned. In doing so, I'm giving up a small bit of convenience because at times it's nice to wrap a rubber band around the frame and back down to the hook, but this can usually easily be done another way.

This is how it looks now: 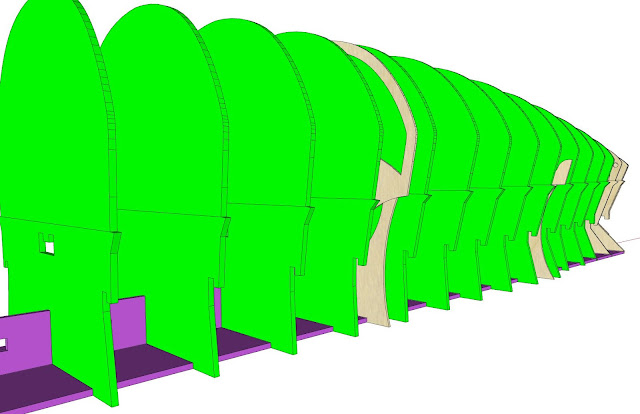 I also extended the small steps that the gunwale plank sits on. They aligned my gunwale plank perfectly but were a touch too small. One plank slipped off and had to be realigned. These larger steps should eliminate that. They are also only small, pointy extensions instead of running all the way down so that they will easily be sanded off as soon as you start sanding. 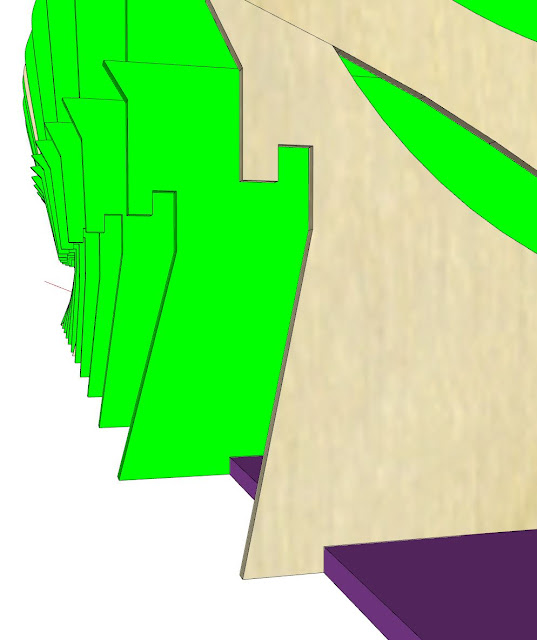 If anyone ever again gets to use the laser cut frames from this file, they should be able to make a beautiful boat very easily.