February 03, 2019
Haven't had too much time for planking this week, but have managed to get a few more planks on. Just added the final plank right at the turn of the chine. Had to bevel it, and the bevel had to vary over the length of the plank, but I think it turned out okay.

The planks look awful messy, but that's because I'm using epoxy instead of Titebond, and I'm not cleaning it up much except to wipe it flat. It'll sand easily later on, and I'm obviously not worried about staining because the entire hull will be covered in epoxy later.

My planking skills however leave much to be desired! You don't have to look too closely to see that my widths aren't very consistent. Yikes... oh well, it's my first planked boat with tapered planks. Gotta learn sometime!

In this first picture you can see the bevel near the stern on the top chine plank. The next planks will be "below" the chine and they will all be tapered and beveled. 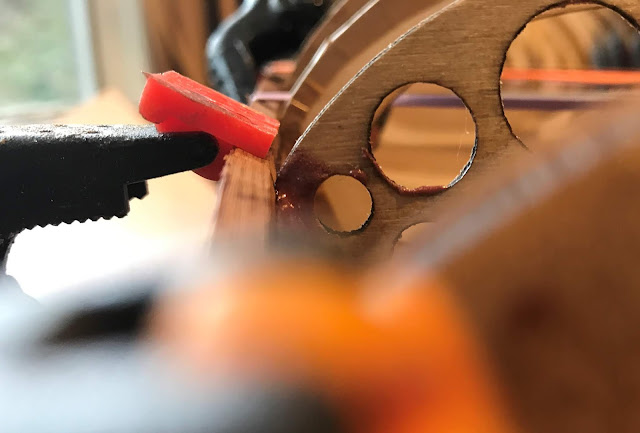 Here you can see how the planks are wider at the bow and taper toward the stern. I added a thin, tapered accent plank made of Alaskan yellow cedar.

Looks sloppy but will easily sand clean. I'm much more worried about gaps between the planks. I've found and filled a couple so far with thickened epoxy. 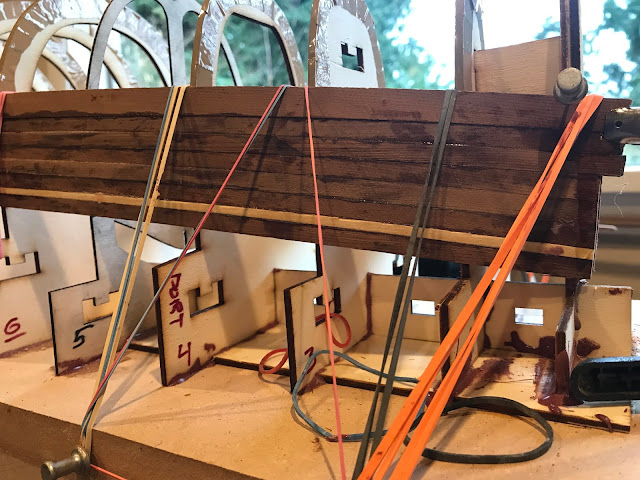 Next step, start making many tapered and beveled planks and keep going!