February 27, 2019
Yikes... I'm really in uncharted waters here. Not only is this my first IOM, but it's the first part of the build where I've really been on my own to figure it out. The pros who have been helping me simply buy theirs pre-made and install it.

Well, I'm not done yet, but so far I think I made the right decision. No, it doesn't look as nice as the pre-made ones... clearly! But it perfectly fits my fin and I made it myself and it was cheap and it should work and I don't care what else you say!

Here's how it looks tonight... 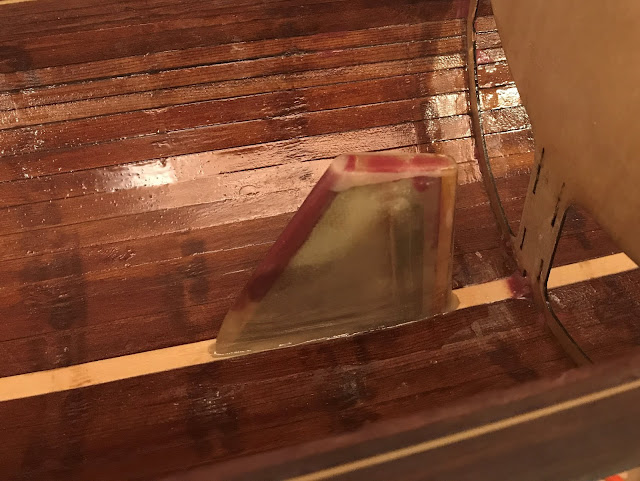 Here's what I did.

First, after carefully mounting the fin to the bulb (see previous post), I was then able to carefully measure and cut my fin using my laser cut fin box template. I cut it almost perfectly using my tablesaw which made an extremely clean cut.

Then I taped up the fin.

Here's where I started to think, and perhaps overthink. I'm using circular retaining nuts that came with the fin. The top one is thicker than the fin, so I was concerned that I would need to make a channel for the nut to slip into. Did I consider simply grinding down the nut to fit the fin... not until after I made the fin box... stooooopid. Instead, I trimmed and taped onto the side of the fin some wood to raise the cloth out away from the fin to accommodate the nut. Gawd. Oh well. It's in now.

I used some excess 6 oz. cloth that I have leftover from one of my wooden kayak builds.  It's much heavier and stronger than the 1.4 oz. cloth I've used on these RC sailboats. 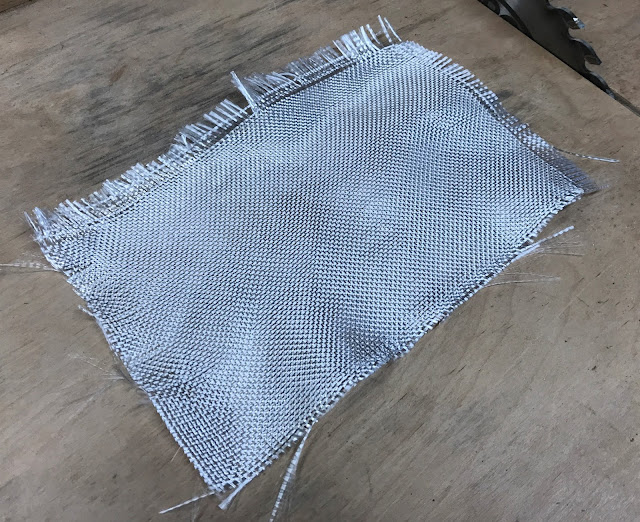 Here's the fin taped up with the  wood for the nut channel. 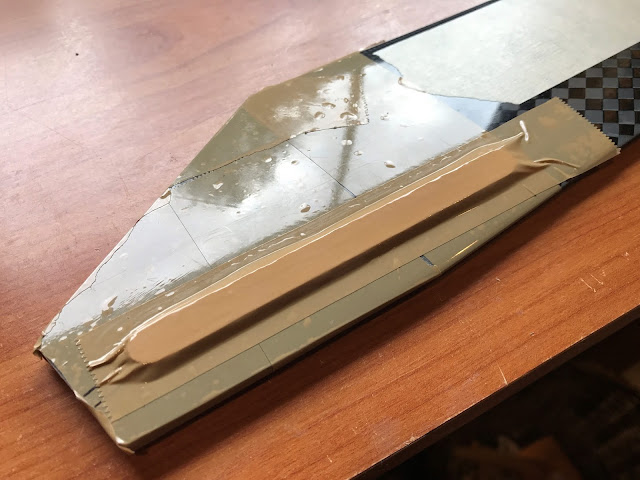 Here it is after epoxying. You'll notice two thin pieces of wood along the leading edge. The cloth wouldn't lay down well due to the nut channel slot things, plus the leading edge just struck me as a weak spot, so I clamped on two thin strips. 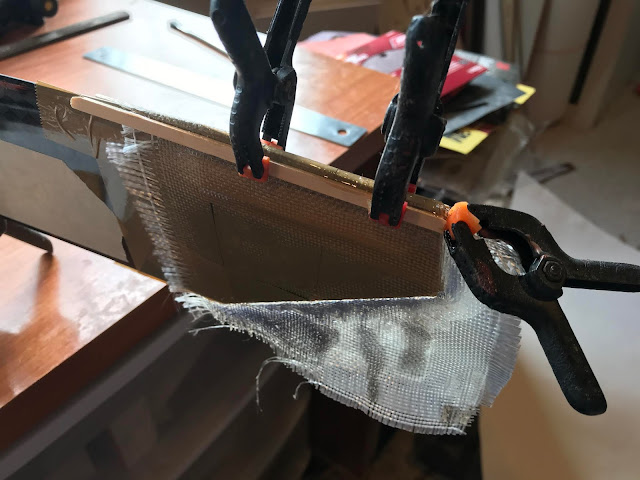 The next day, after a pretty good fight, I was able to get the fin box to release from the fin. I then added a small amount of silica thickened epoxy around the leading edge, and some red phenolic powder thickened resin in the trailing edge, and then put on a layer of 1.4 oz. cloth and wetted it out. I'm now told that that second layer is probably overkill, but I'm committed now.

Tonight I carefully taped up the whole assembly onto the hull, reset and remeasured everything, and epoxied the fin box in place.

More tomorrow when I pull the hull off the fin and see how it looks.