March 10, 2019
I've made loads of progress on the Corbie 5 since my last post. Most of it has gone well, but I've had a few not so good things happen too.

I've finished the fin box and installed all the bulkhead work around it. It looks like a lot, but doesn't weigh toooo much. It should keep the fin in place though, and it includes a raked mast step slot, a rudder servo mounting plate, and a winch mounting plate. 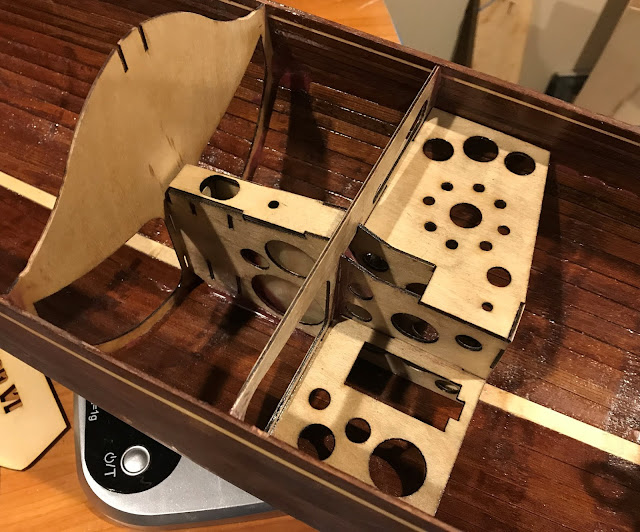 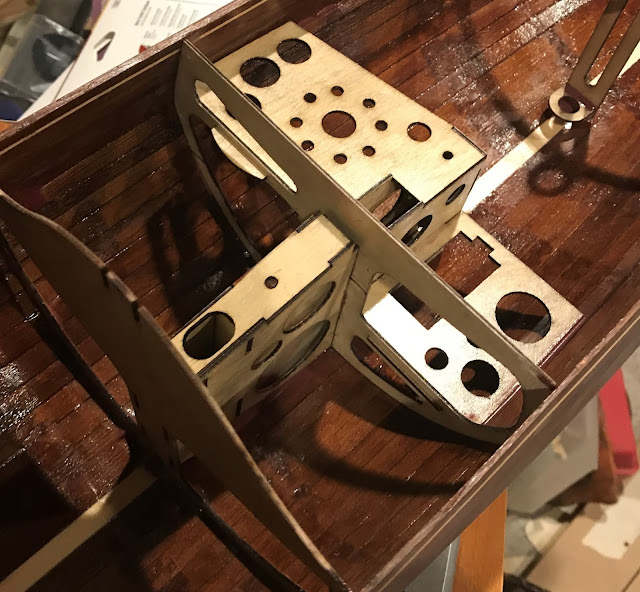 These two images show the deck just sitting on top. You can see how much access there is to the winch and rudder servos. Should be OK. 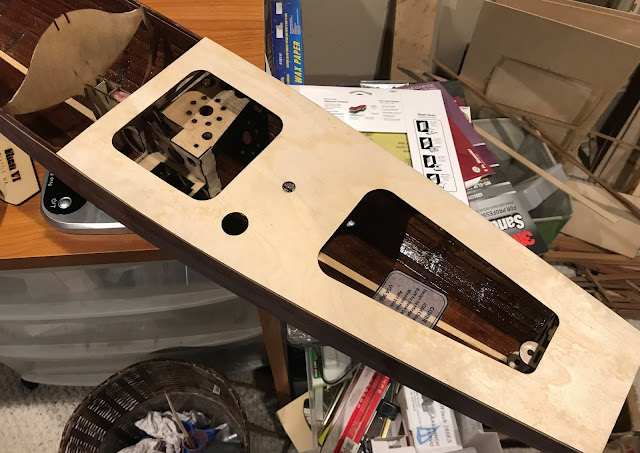 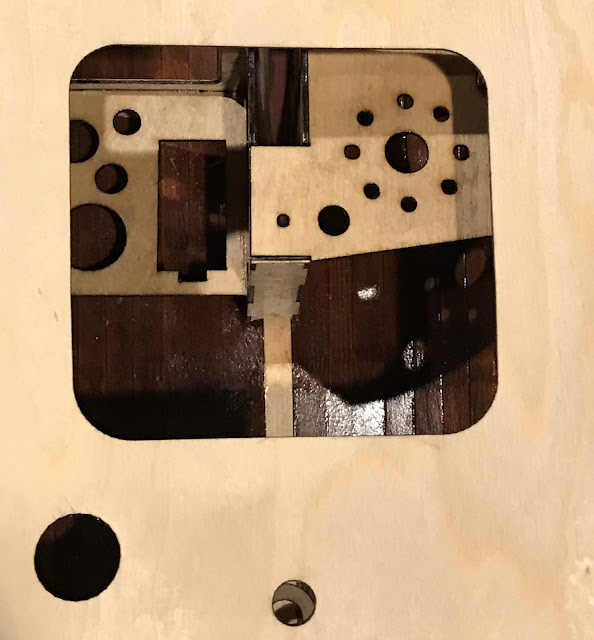 This picture shows the shroud chain plates being epoxied in place. I'm a bit concerned that they won't be strong enough. I'm used to "locking" in the chain plates mechanically by slotting them into nearby frames. This seems to be the way it's done though. Gulp.

I used a good amount of thickened epoxy, so fingers crossed they'll hold. 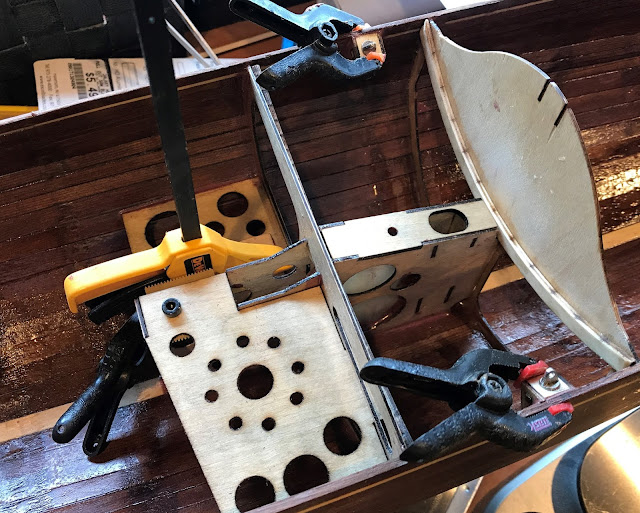 When I installed the fin though, I noticed that it's not a straight as I had hoped. Ugh. We'll see how she floats later.