March 25, 2019
Ok, fine... I've given up on my artsy deck idea as I just couldn't get it to work exactly as I wanted. I've moved to a much more conventional idea, but still wanted a touch of bling, so I incorporated the design name into the deck. 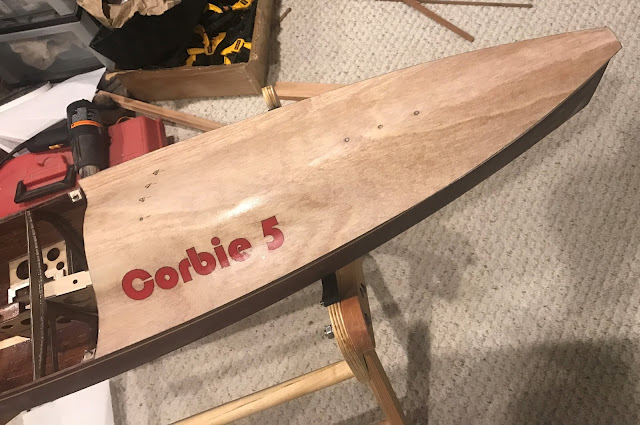 It's two layers of 1/64" (.4mm) plywood laminated together. The top layer has Corbie 5 cut into it to reveal the bottom layer which is painted red. The top layer also has some degree markings, mostly just for looks, and the jib swivel holes cut out.

They were laminated over the form that I made. It held its shape well and will be easy to epoxy to the hull. 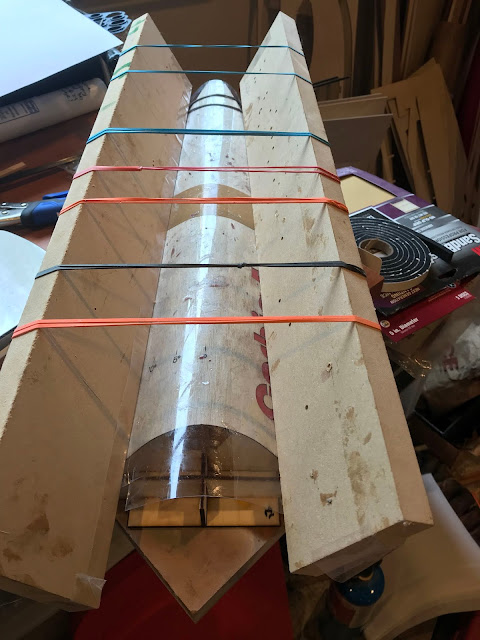 Here's how it looks just sitting on the hull. 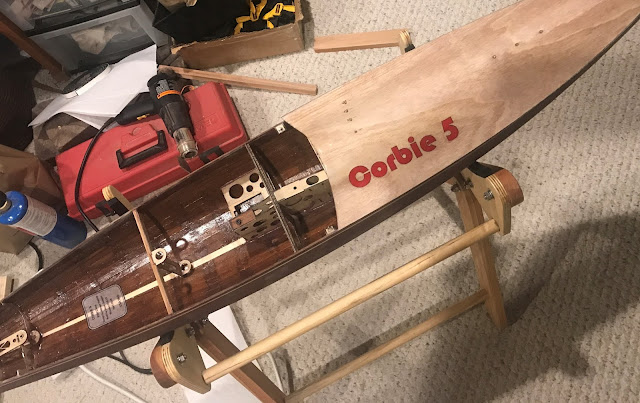 After laminating, I added a small amount of epoxy to the cutouts. When that was dry I sanded it flush and then put on a layer of .73 oz cloth. It was later sanded down and is now ready for epoxying to the hull. 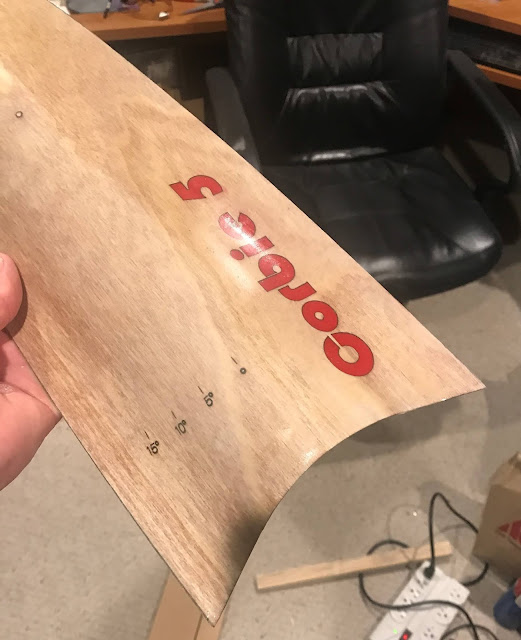 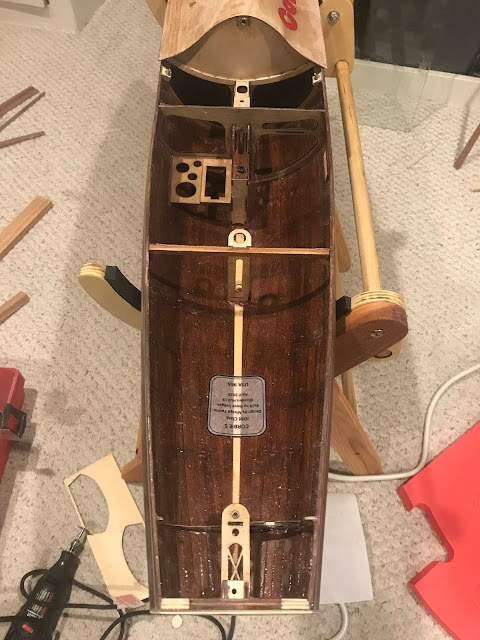 Lots more small detaily things to do still but I'll shortly be epoxying all three decks to the hull. Then it's on to the rigging.

I'm attending an IOM regatta near Seattle this coming weekend and should get lots of great ideas for rigging. I'll wait to glue down the decks until after that when I can make final decisions on how I want to hold down the jib swivel and such (eyebolts vs. bent wire vs. ...?).