March 12, 2019
Earlier I drilled through my two rudder positioning holes in the bulkheads and through the bottom of the hull and epoxied in the rudder tube. To my happy surprise, the rudder perfectly lines up with the fin! Phew. I guess my fin wasn't out of line anyway (as I thought in an earlier post). Again... phew! 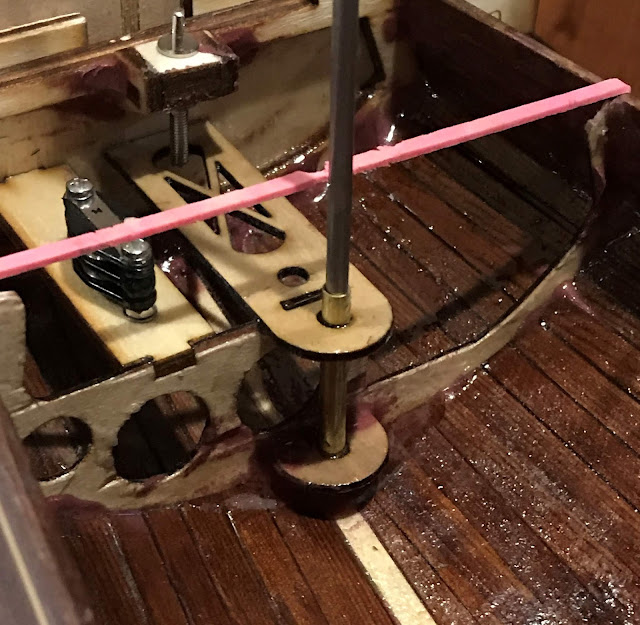 Then I shaped the rudder and installed it.

This will be yet another instance of most IOM builders shaking their heads at me, but I used 1/8" (3mm) stainless steel rod instead of 4mm. It perfectly fit the slot in my rudder, it's lighter, and is plenty strong. 1/8" ss rod is used in Star 45's and Vintage Marbleheads, and should be just fine for a smaller and lighter IOM swinging a carbon rudder. (That said, I'm fully ready to admit I'm wrong and may find out someday when my rudder breaks off!) 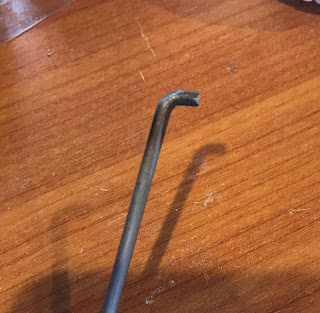 I used my blowtorch and put a small bend in the end of the rod. I know that some builders only notch their posts, or put a couple flat spots in them and depend on the epoxy holding them in place, but I like to have a stronger mechanical advantage.

Then I shaped the rudder to conform to the hull. Using my stationary sander, I ground down the top of the rudder after carefully marking it. It took several rounds of marking and sanding to get the perfect fit, but I wanted to sneak up on it rather than cut too much.

I also rounded the bottom leading edge. I know some will say that that isn't necessary, but I'm all about the look as much as anything, and a rounded leading edge just looks better to me.

After some back-and-forth shaping and testing, I got it to fit just right.... although it's probably too far forward for many IOM skippers. I didn't get it all the way to the transom.

Here you can see the small gap between the rudder and hull. 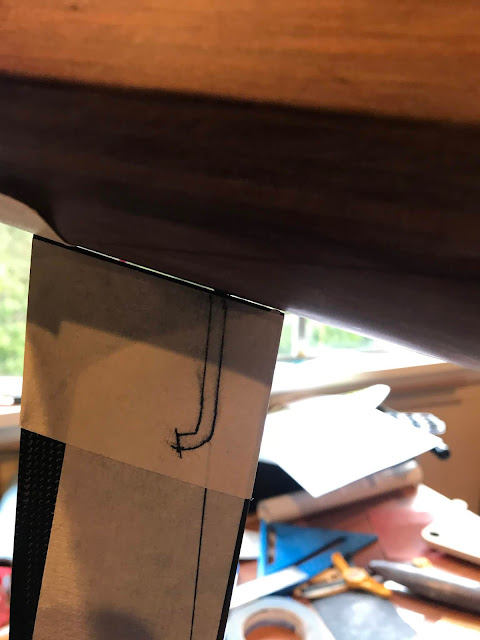 Here you can see the rounded bottom of my rudder, and how far it is from the transom. Ideally it would be further aft and right up to the transom. I'm about 10mm away which is too far.... oh well! 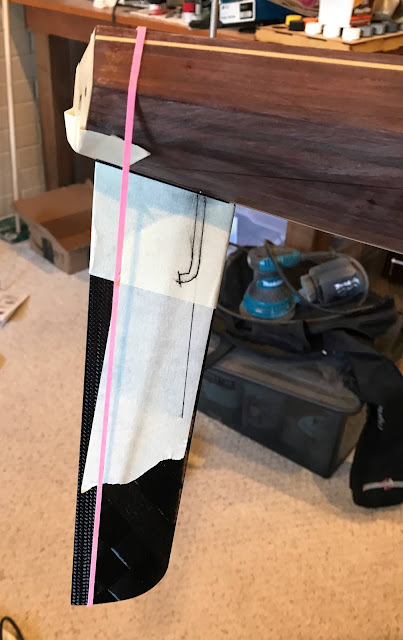 I mixed up some epoxy and poured some into the slot with the rod, and then positioned it just right on the boat. A long rubber band held it in place until it cured. Yes, the slot is not completely filled yet, and yes, I fully cleaned off the top of the rudder so it won't adhere to the hull. It came off easily the next day.

(How do you like that early 1980's floor tile and wood paneling in my basement, by the way?) 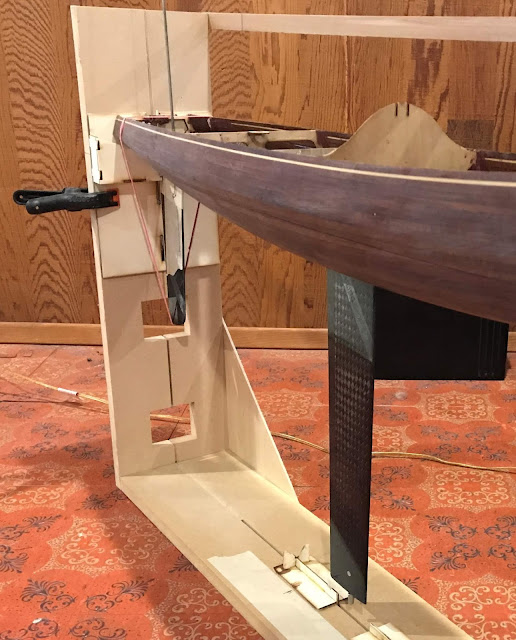 Next step: Trim the rudder post, hook up the control arms on both the post and the rudder servo, and then build and adjust the linkage arm between the two.