I've installed the ballast and started the fairing process.

First, I cut the boat free from the building board, and then did a number of float tests with the lead simply pinned in place. Ended up using a bolt cutter to trim off some lead from the aft ends of the ballasts. 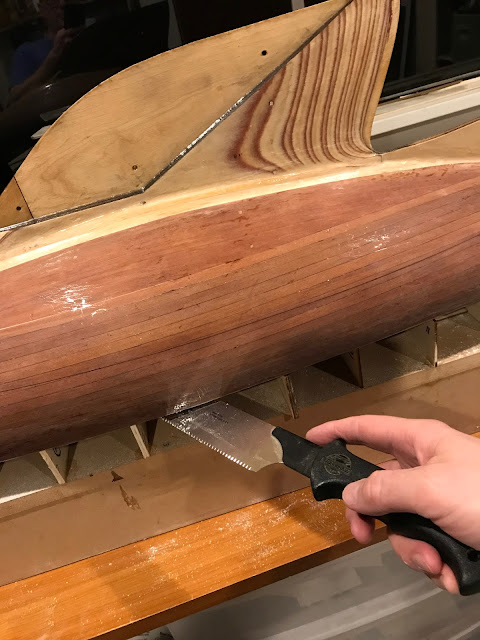 Then I installed the lead onto the keel with thickened epoxy. When that dried, I then drilled several 9/64" holes all the way through the two halves. The holes were filled with short pieces of 1/8" stainless steel rod, and then thickened epoxy was piped in with a syringe. The lead is now epoxied and pinned permanently.

Then the fairing started. I'm using a variety of thickeners. For strong adhesion, I used phenolic powder to stick the lead to the keel. I've had good luck with it in the past. It's the reddish stuff you can see. But then I'm experimenting with silica. It's the whitish stuff. It makes a very light filler, and seems to sand easily enough yet still be strong.

Unlike WEST System 410, these other two fillers don't need a coat of epoxy on top of it. I've got some 410 and have used it in a few places, but I'm not convinced it's the best to use. I'm liking the 406/Silica stuff better. My silica is from System Three though.

Here is after the first coat of filler. Pretty rough, but it's only supposed to "fill" stuff. The finer coats come after. 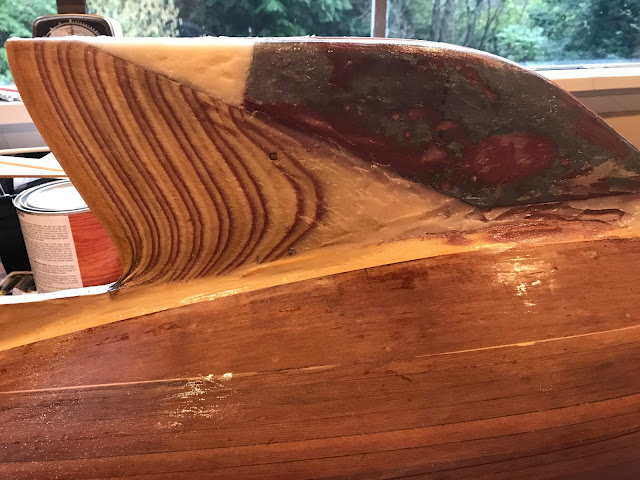 Here's the second coat after I sanded the first coat. The garboard is starting to get filled and rounded. 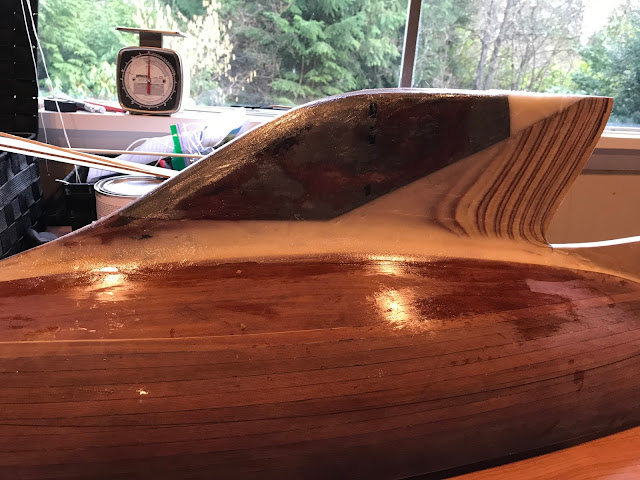 I'm two coats of fairing compound into it now, and probably have another two to go. So far it's looking better! By the time I put a coat of Interlux filler on it, it will look like perfectly molded plastic! Then it will be painted and look great.