Over the past four days, I've let the hull cure and harden. It then sanded quite easily. For the most part, I didn't completely remove the orange peel but just flattened it a bit. The varnish should take care of the rest of it after 5 or 6 coats.

Then wiped it down with mineral spirits.

I'm using Pettit's Z-Spar Captain's Ultra-Clear Varnish. The can says that thinning usually isn't needed, but I added some mineral spirits regardless. Will probably do so for the first two or three coats.

While I've always claimed that varnishing is a dark art practiced by masochists, it does have it's benefits. It can hide a ton of flaws; scratches, slight orange peel, etc... Once it's built up, it can look fantastic.

I'm part of the "roll and tip" school of thought for varnish. The idea is that you use a small, 4" disposable foam roller to roll on a thin coat, then you go back over it with a disposable foam brush to even it out and to get rid of the bubbles. Generally it's the method that I've had the most luck with.

If you wish, you can do the "wipe on and then tip" method where you use an old t-shirt to wipe on the varnish in a very thin coat, and then use the foam brush to tip it.

Either way, the idea is to get a thin layer down that won't run, drip, sag, or curtain.

Here's how it looks after the first thinned coat... 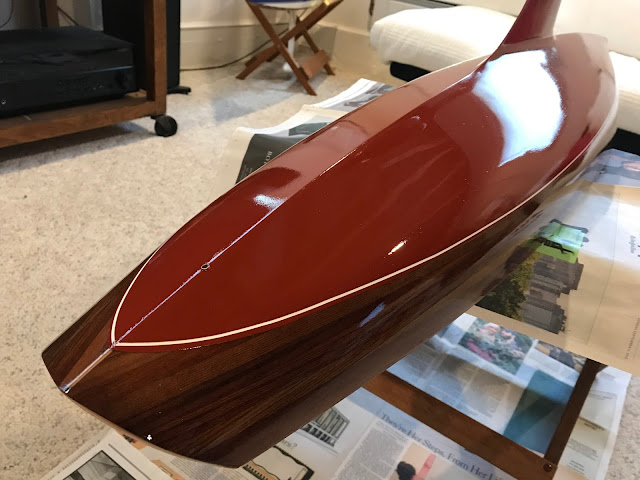 Oh, and for those of you who died a bit on the inside when you saw that I'm varnishing in a carpeted room, get over it. It's less dusty than my garage right now, and is a room that gets very little use so the dust won't get kicked up too much. I'll probably clean out my garage very well and then do the last coat or two there after the dust settles. But for now, the TV room will have to do. 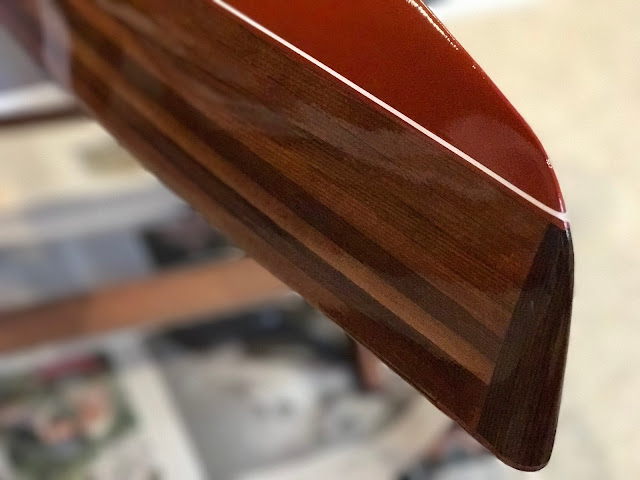 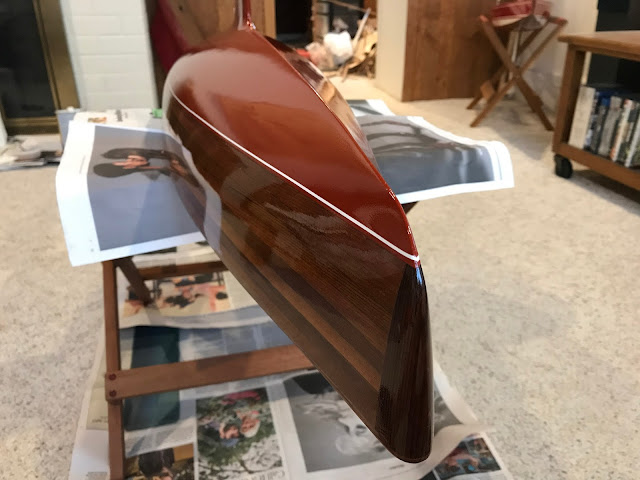 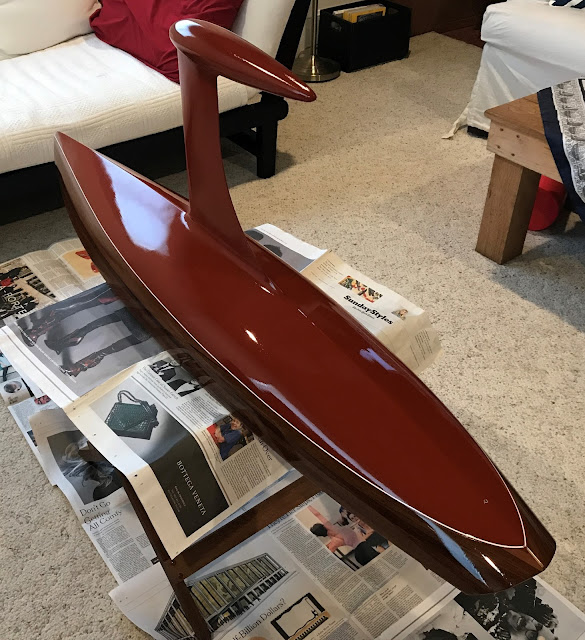 I screwed up while sanding the rudder the other day, and cut right through to the white epoxy filler underneath... ugh! So today I sprayed on another couple coats of Klass Kote "tile red" and it looks good. In a few days I'll probably just barely touch it with sandpaper and then start varnishing it too. 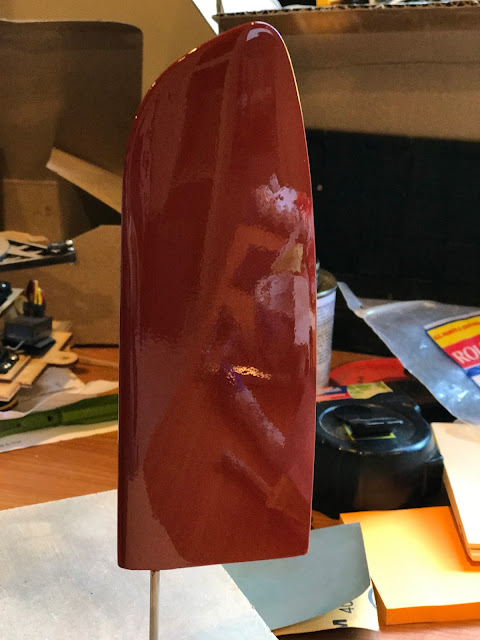 UPDATE: Four days later, here is how it looked after four coats of varnish... lightly sanding between coats. 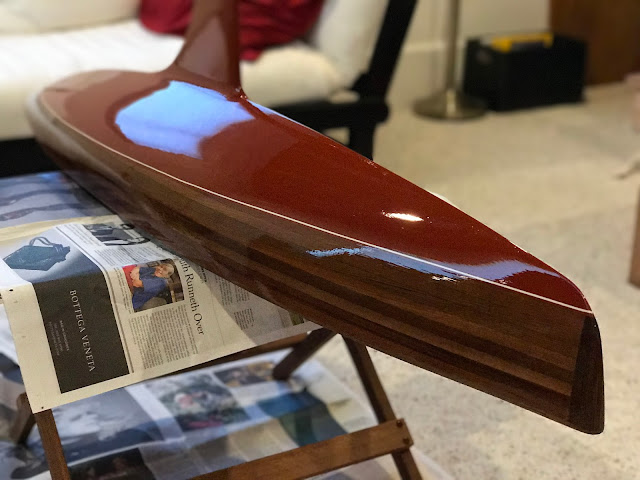 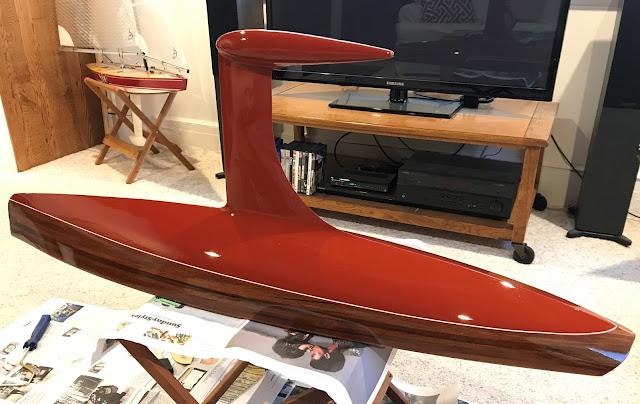