February 20, 2017
While waiting for epoxy to cure on my Sun Wind II mock-up hull, I've finally been working on making a 3D model of the 1949 Rip Tide. I started with some curves that were drawn in AutoCAD by a gentleman named Roger.

For now, I'm simply calling it the Rip Tide II.

After a false-start a few months ago, I now have a nice 3D model that is almost ready to create some laser cut frames.

Then, from Roger's 2D CAD drawing, I have made a 3D model so that I could test the fit of all the parts and frames. I've also made changes to the design to make the Rip Tide a "High Flyer" RC sailboat. So I dropped the draft to 16" and added a spade rudder. 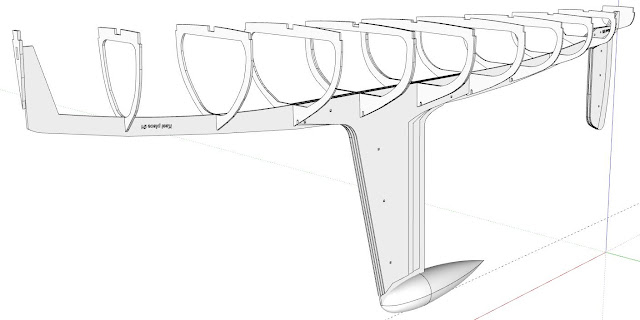 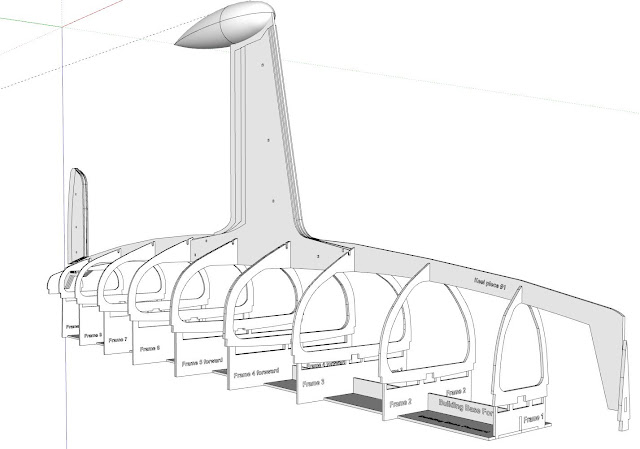