The Wampum III Build has Started

This weekend, I made a strongback to build it on. Now I am busy laminating the double-frames, laminating the keel layers, and clear-coating the rest of the frames.

I'm also going to start on a plywood mock-up of the ballast. I laser cut those sheets and will laminate them together. I'll then fit them to the keel and shape the entire thing. Then the ballast mock-ups will be removed, further shaped with thickened epoxy, and then eventually molded in refractory cement. Finally, after the molds have cured, I will cast the lead ballasts. Fingers crossed that it all works!

Notice that I've drilled holes in it where the keel alignment holes are. With the Wampum III, you will want a very flat space on which you laminate the keel. You'll do this before you glue down the frame building boards and frames.

Note that the holes I drilled were 1/2". This is to allow a small amount of movement as you build it up. 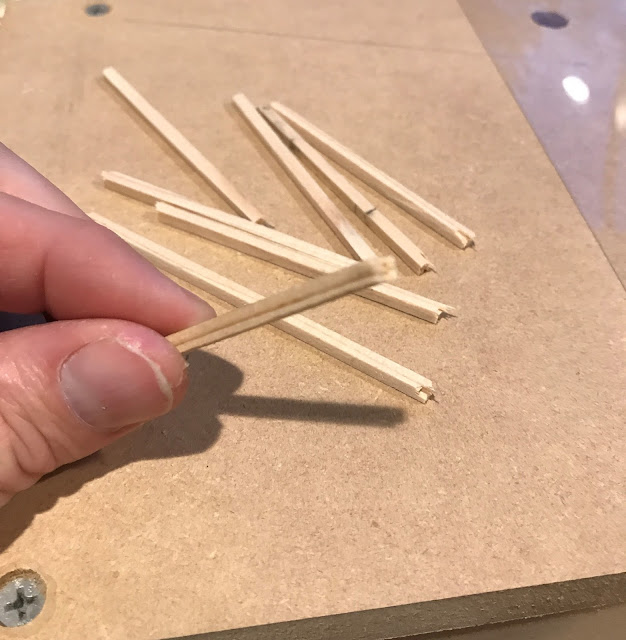 Cover the strongback with plastic so that the epoxy doesn't stick to it. I'm using transparency sheets for copiers, but you can use garbage bags, plastic backed tape like strapping tape or packing tape, whatever...

Then cut out, or makes slits in the plastic where the holes are. 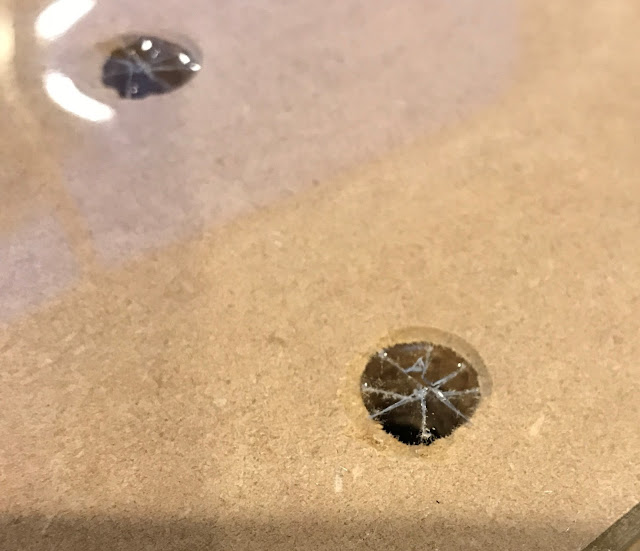 Lay out the inner core down so that the alignment holes are directly over the holes you drilled in the strongback and plastic, and then set the two "layer 2" panels on top. Draw around the 2nd layer panels to mark where to paint on the epoxy. Remove the layer.

Paint or spread on a thin layer of epoxy to BOTH the inner core and the 2nd layer where they meet.

Set the 2nd layer down on the inner core and align by running alignment pieces through the holes. 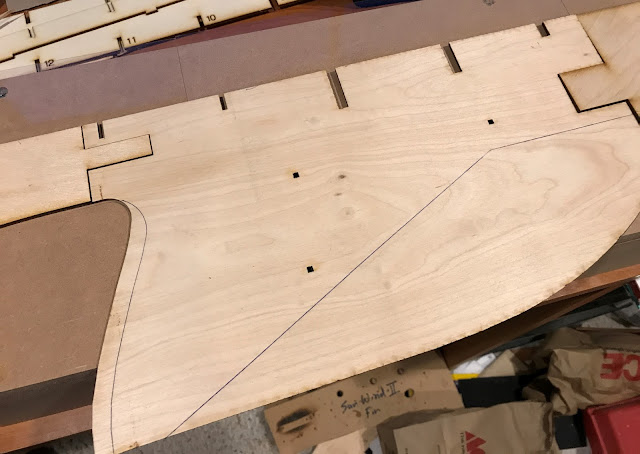 Repeat for the third layer.

Wipe up any excess epoxy.

Then use bricks or whatever else you can find, to weigh down the layers so that they lay perfectly flat. Make sure that you don't accidentally glue down the bricks! Don't ask me how I know not to do this.

Here are the first three layer on the starboard side the next day. The fourth layer is already aligned and ready to be epoxied.