January 21, 2017
One of my current projects is to 3D model Gus Lassel's 1949 "Sun Wind" Vintage Marblehead (VM) sailboat. Apparently it was originally called the "Sun Daze", as in fun sailing on Sundays, according to Adrian Olson whose father had a connection to the original designer. (By the way, check out Adrian's other model yachts too. He does beautiful work!)

Boats back then were free-sailing or vane-sailing. I think this was a free-sailing boat but am not sure. My version will be modified for RC. All I have to go by is an old set of lines, but hopefully I can get a decent model out of it. Eventually I would like to make laser-cut frames from my 3D model and actually recreate the boat in RC.

Adrian Olson offers a modern fiberglass kit for the Sun Wind. The pictures look beautiful! My intention is to create frames so that a builder can make their own wood & fiberglass version. I really doubt that many people will want to go through the effort it can take to make a wooden RC boat in today's world when gorgeous boats like Adrian's are available, but for those oddballs like me out there, perhaps soon we'll have an option!

Here are the only lines I can find for the Sun Wind/Sun Daze. 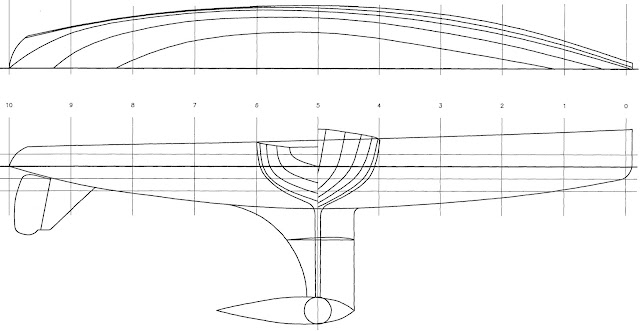 I'm using Sketchup Pro, but might also need to use Rhinoceros 4. Fortunately I have both, but I'm not very good at either of them! Here are screenshots of my progress so far. 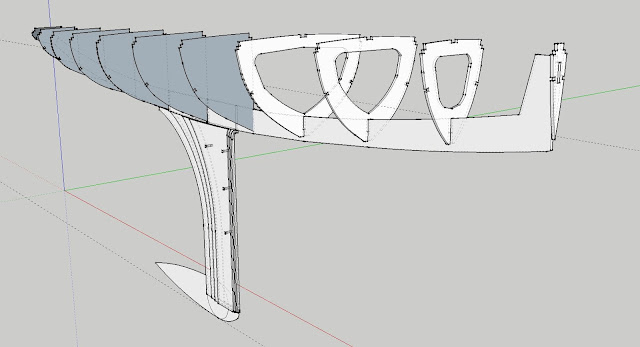 In this next screenshot you can see my progress with the original Sun Wind lines turned on. You can also see how far the fin has been extended. 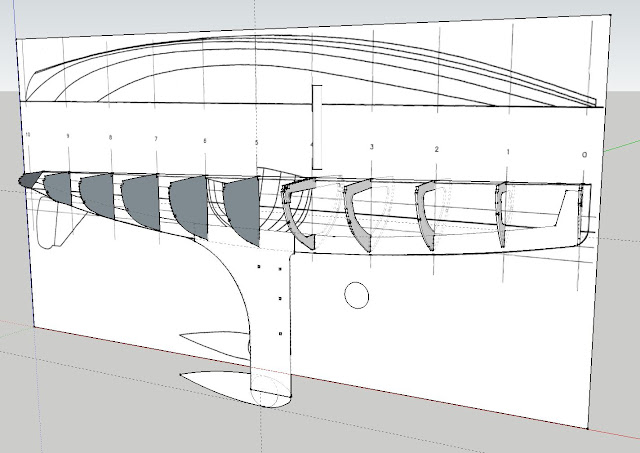 The Sun Wind was designed according to the old Marblehead rules back in the 1940's, but today falls under what is called the "High Flyer" division. Originally it had a skeg rudder, but I will use a spade rudder instead. It also has a shallow fin in the original. I have extended the fin so that the boat will have a draft of 16" which is within the Vintage Marblehead "High Flyer" rules.

Lots of work to go, but fingers crossed that I'll end up with a decent model!