March 20, 2020
I weighed the Vickers V8 IOM this morning after the urethane was dry, and the hull weighs 733. Excel tells me that I'm on track for about 125 grams of corrector weights. Not too bad if I say so myself. Just hope I haven't forgotten to include anything! :p

Will sand it tomorrow (if I can wait that long) and see how it looks. I've got some orange peel and a few drips. But I won't be afraid to spray on two more rounds (each round = 3-4 coats sprayed on in a session with 20 minutes between coats, then letting it cure for 48 hours) given that yesterday's coats only weighed 20 grams. That's lighter than varnish!

UPDATE after the second round of clear-coating: After sanding the coats from the first round, and doing some weighing, I'm approximating that each round of clear-coating, after sanding, will weigh around 15-17 grams. The hull weighed 730 after wet-sanding the first round. It currently weighs 749 after applying the second round but before sanding. I'll do one more round for a total of three rounds, and then do a final wet sand and polish.

Here's how it looks this morning before sanding... 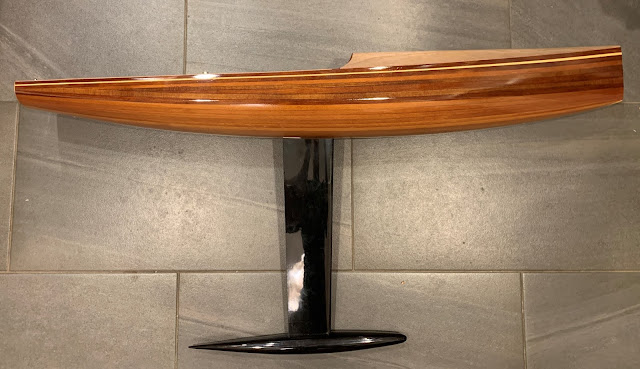 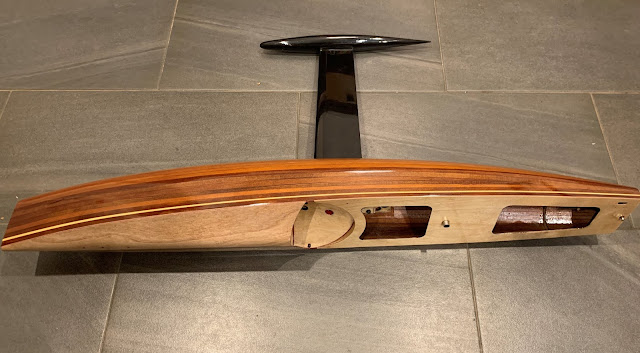 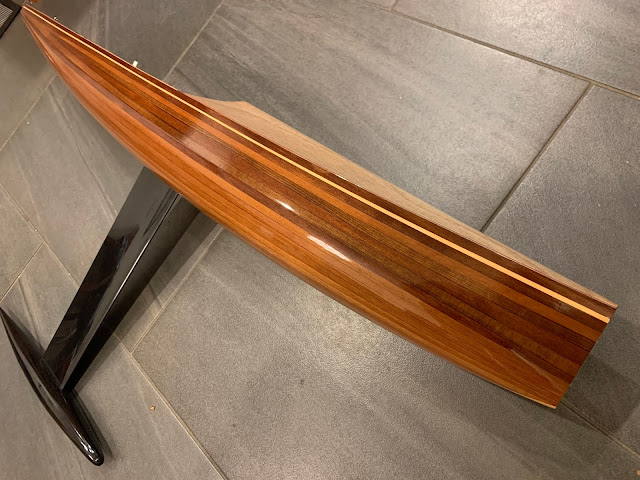 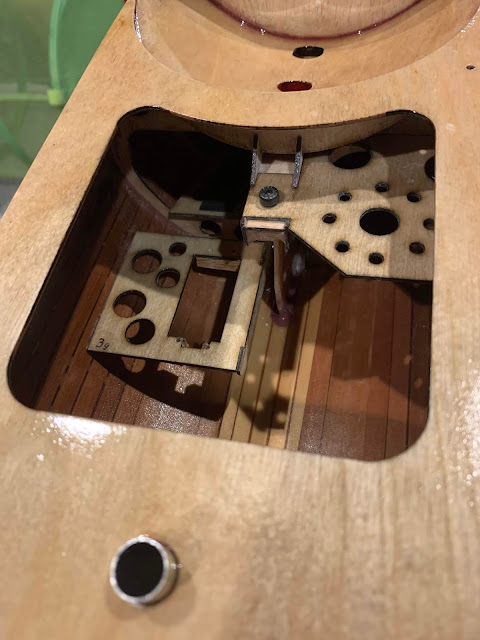 More after sanding this first coat.