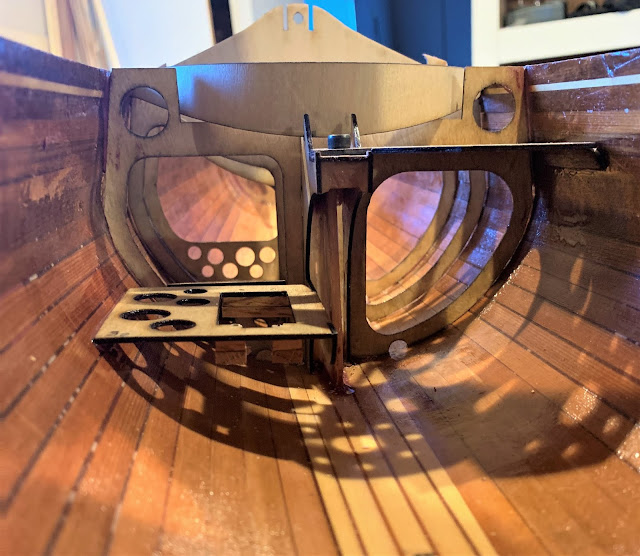 Here are some other shots of the fin box, the transom drain plug, and internal frames. Lots still to do but I'm too lazy tonight to describe it all.

Here is the start of the drain plug project. I used greased 10-24 metal bolt in thickened epoxy to make the threads, but then will use a very lightweight nylon bolt and washer for the actual plug. 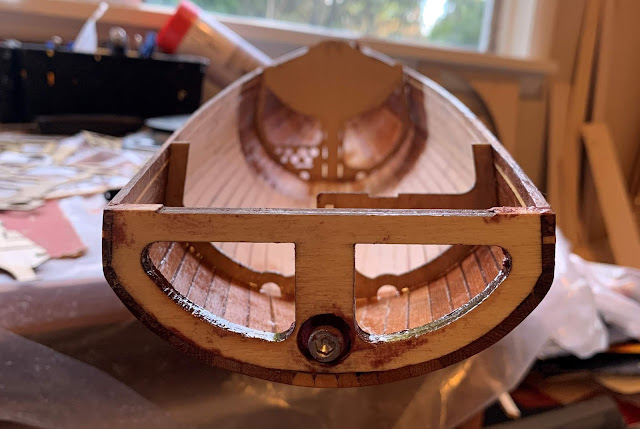 Here's my IOM fin alignment jig being used to set the fin and bulb on the Vickers V8. 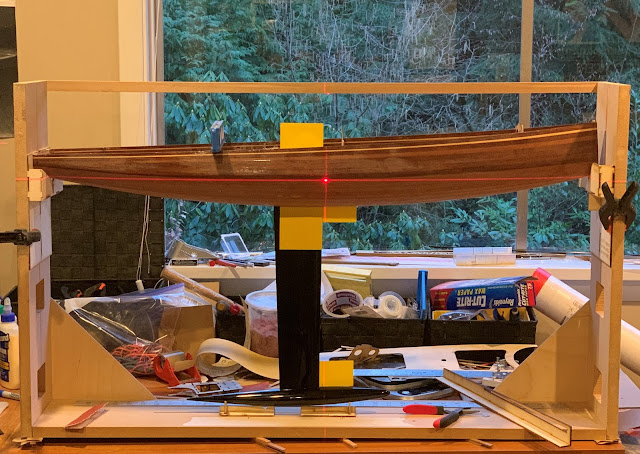 Here are a couple shots of my fiberglass fin box that I made to perfectly fit the trimmed fin. Be sure to rub some petroleum jelly on the tape as a release agent. 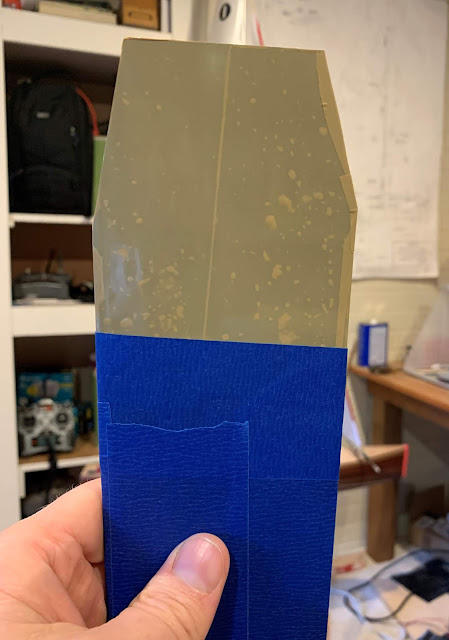 I used 6oz. cloth that I had laying around from a kayak build. Ended up doing two layers of that which is overbuilt. The red is thickened epoxy to fill the top bit. 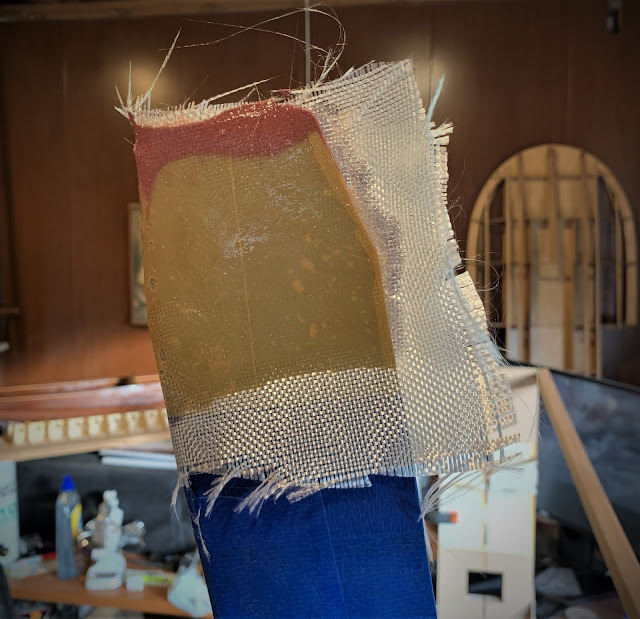 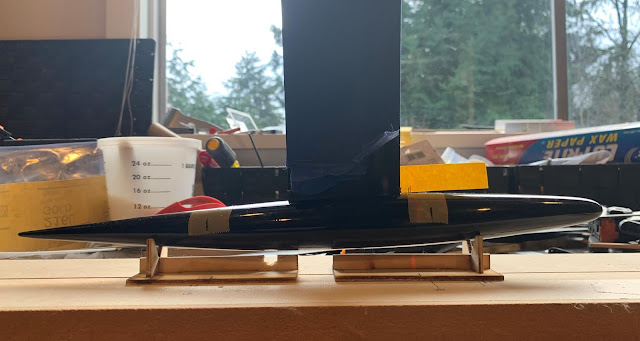 Here's my mast well and fin box support ready to be epoxied in place. 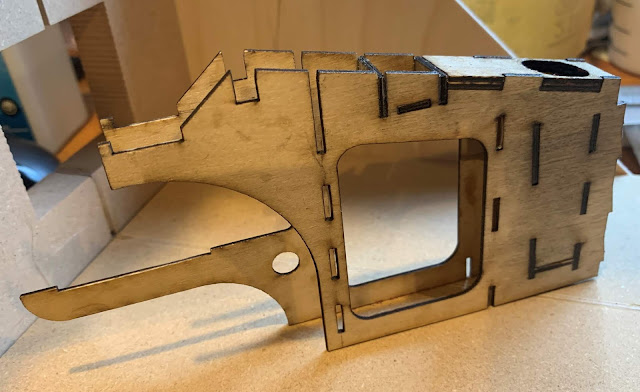 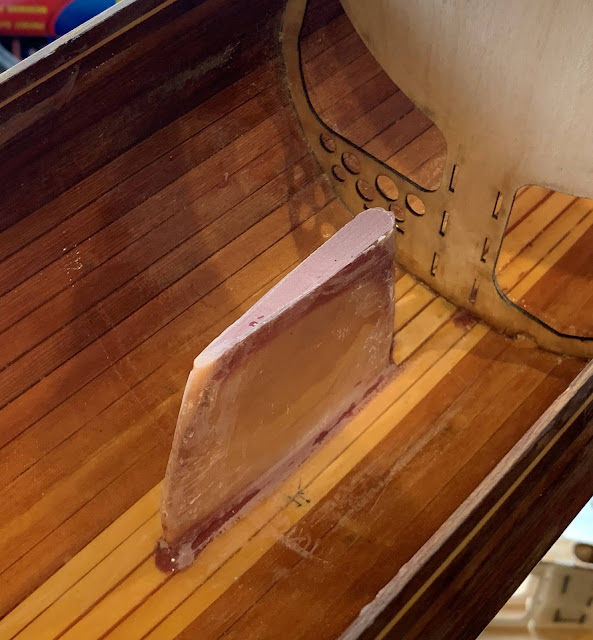 Here are all the internal bits. The curved piece is the backing plate for the curved scoop deck that will go on shortly. 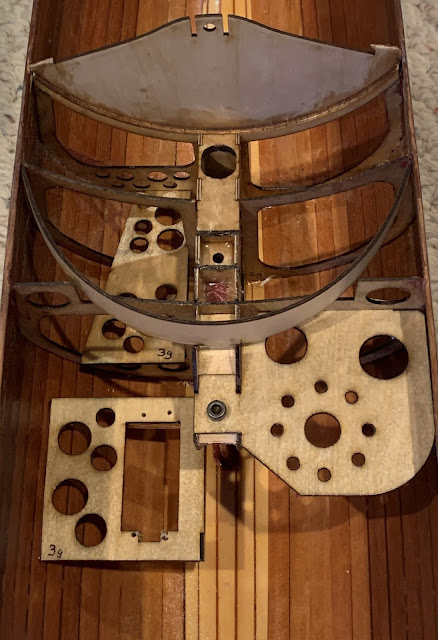 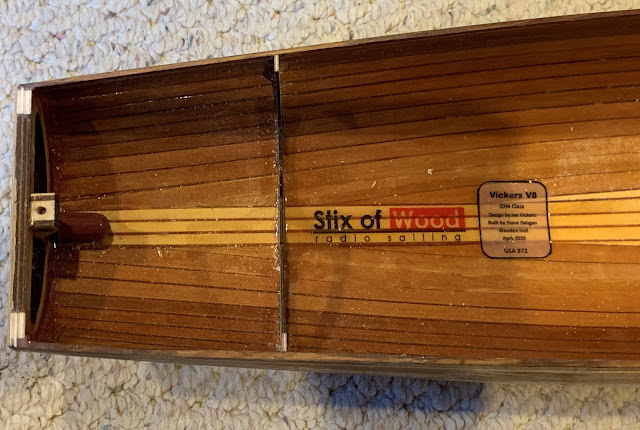 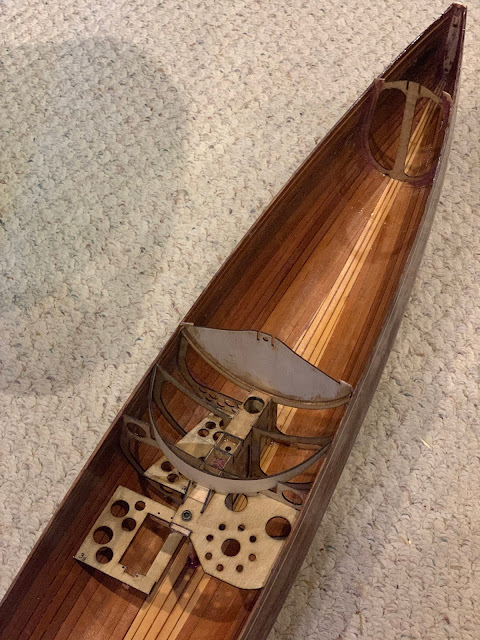 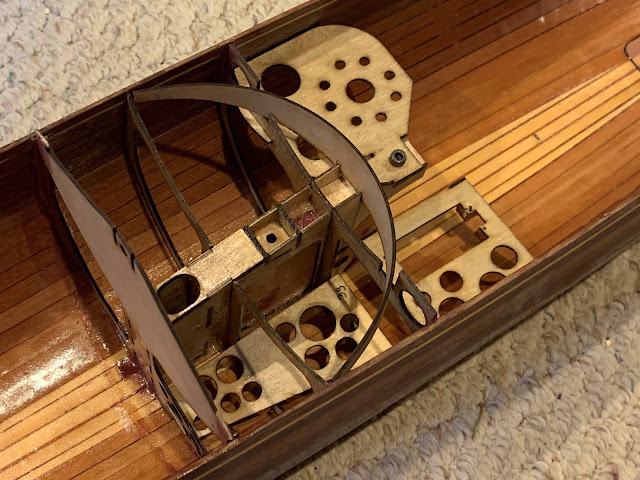 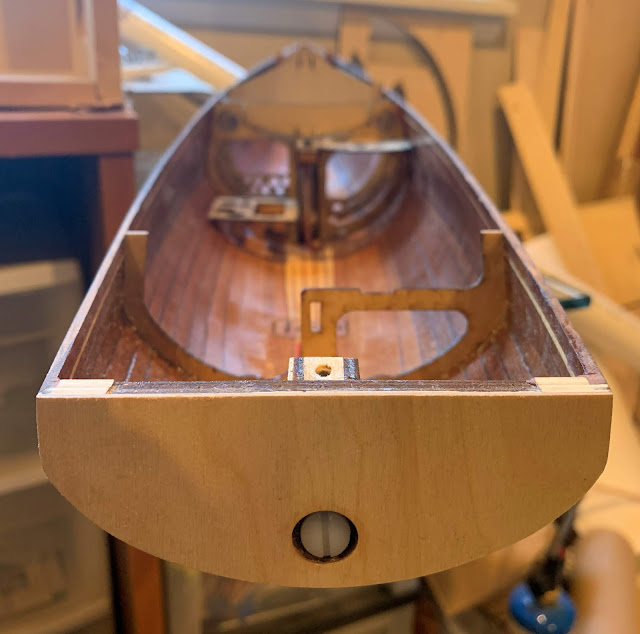