January 21, 2020
Planking my Vickers V8 IOM RC sailboat has started. It's going... okay... I guess. It just seems that I'm seeing a few more bows and wows than I had hoped for. Most of them ought to sand out fine when I fair the hull, but I just expected that because I'm using the original files as they were drawn that the planks would fit better.

It could be that the V8 may have been drawn in 2D instead of 3D which might account for that, but I don't know. There is an obvious flat spot amidships that just looks a bit tooooo flat and not fair. We'll see how it sands out.

Regardless, it's going okay. I am having to be creative with the planks from the sheer rail down to the hard chine at the transom. There is barely enough room at the transom for a few thin planks so I decided to try to place the chine rail on by sight. Fingers crossed that they will work. 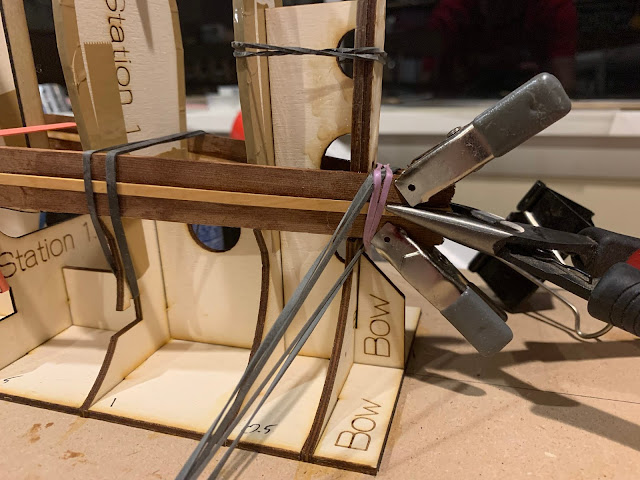 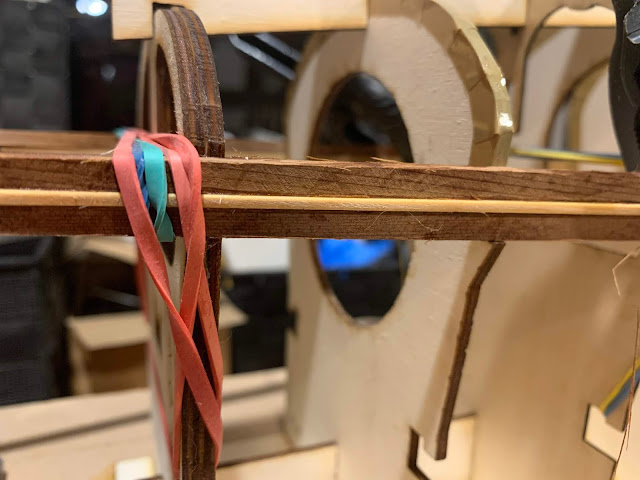 Here is a keel-plank centering jig that I made up. I made four. Each one perfectly fits into the limber holes of the four built-in frames. There is a "V" slot cut into a sliding piece that centers the keel plank. It actually worked out really well if I do say so myself! 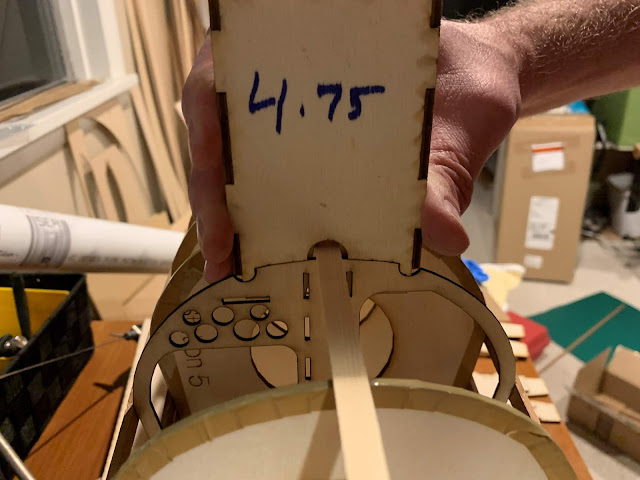 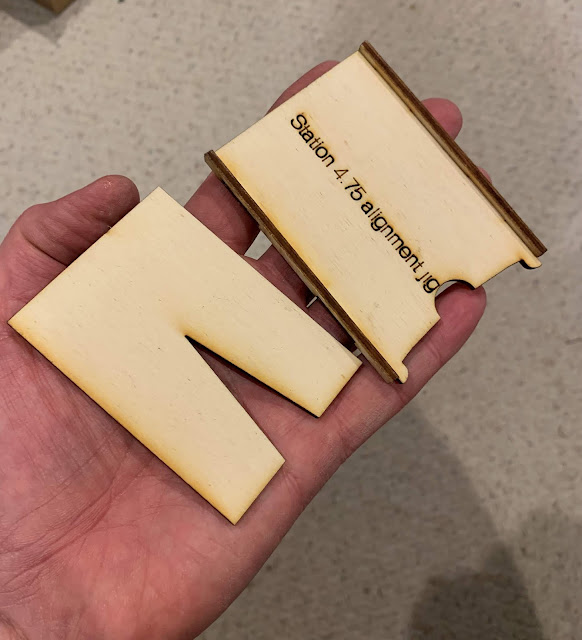 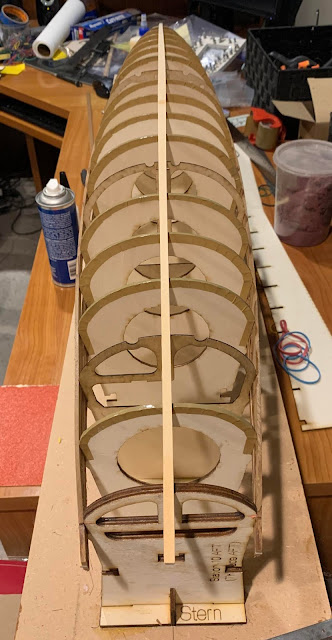 So far I have the first three sheer planks on, the chine plank and the keel plank. I have some pretty serious plank fitting in front of me but hopefully it won't be too bad. 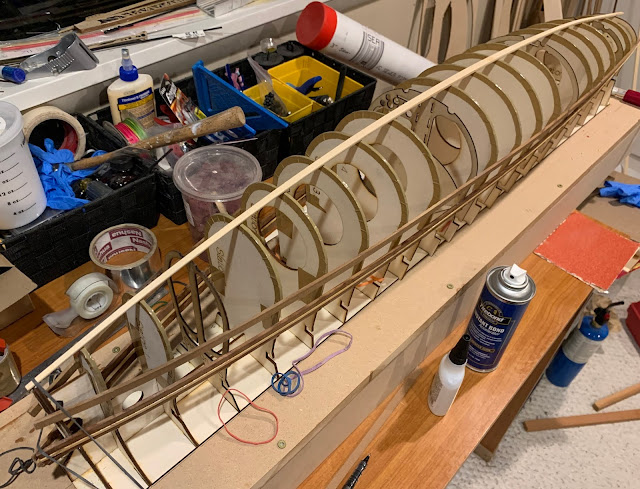