June 02, 2019
A few weeks ago I emailed Ian Vickers to inquire if he might send me a DWG file for his very highly-regarded IOM, the V8. He agreed! So now I'm working on designing a laser-cut frames file so that I might make the boat later this fall.

I've already started. Here's what I have so far: 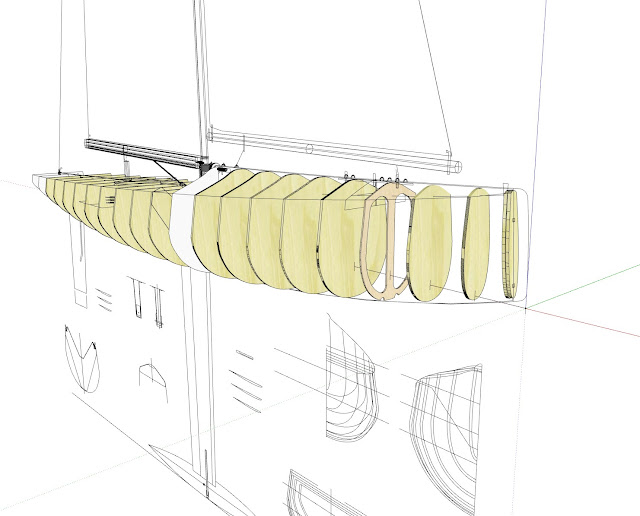 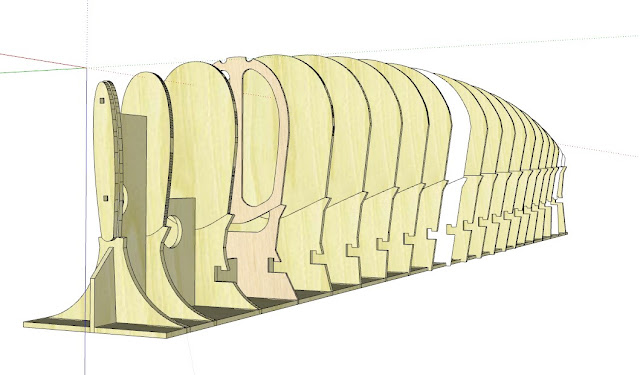 So far it's going well. My next steps are to design a main bulkhead, a mast well/fin box arrangement, a rudder frame, and on and on. But in the end it should be a nice way to build a V8.

My problem though is that I also now have the original digital computer files for two Frank Russell designs too... the Goth Mk4 and his newest IOM, the Ellipsis... In addition, I have the paper plans for the Alternative by Brad Gibson.

I'll almost certainly do the laser cut frames for all three, but which one to build first??