June 16, 2019
Lots of progress has been made on the Vickers V8 IOM (International One Meter) R/C sailboat.

I'm about 80% finished so far. Will probably just sit on it for most of the summer and get start actually building it in September or October.

Here's how it looks so far: 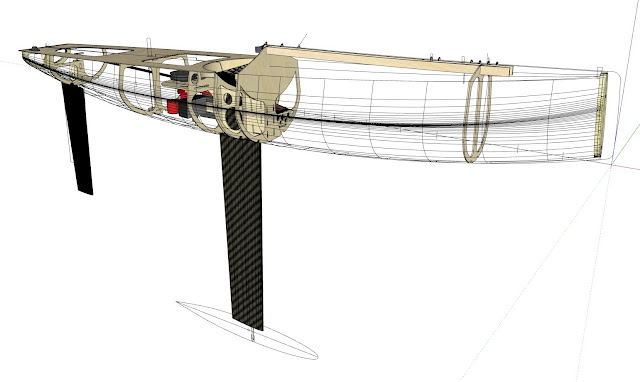 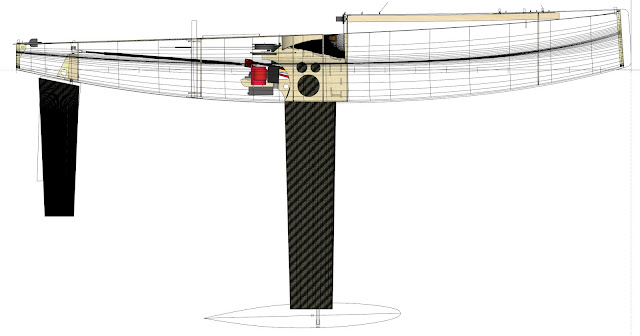 While I have agreed to make the laser cut frames for the hull, I have no expectations that Ian Vickers will choose to use my internal bits. I have made some decisions for my own version of the boat, but if he ever decides to release the files I'm not sure if he'll allow my internal bits to be released. He'll probably just release the laser cut frames for the hull.

That said, I've made some decisions for my own version, which includes a scoop deck. I'm also dumping the plastic pot because I just hate the look of those things. My boat will have deck patches which I've found to work quite well. 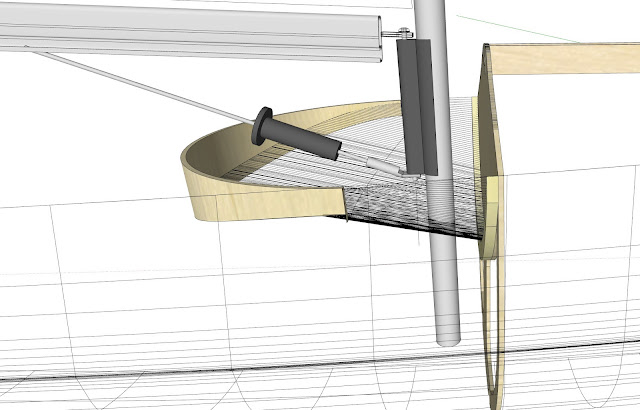 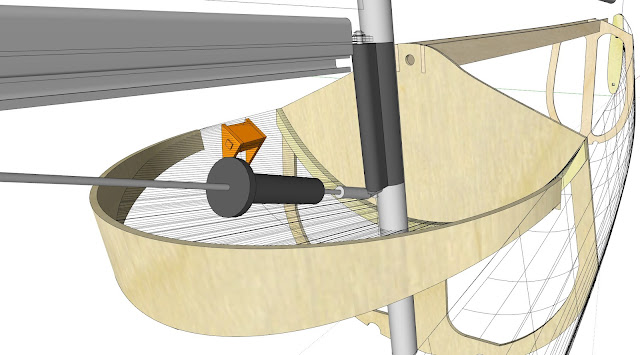 The scoop deck will allow a full-sized vang to swing through all points of sail. It should also shed water more easily than a "tub" style well. 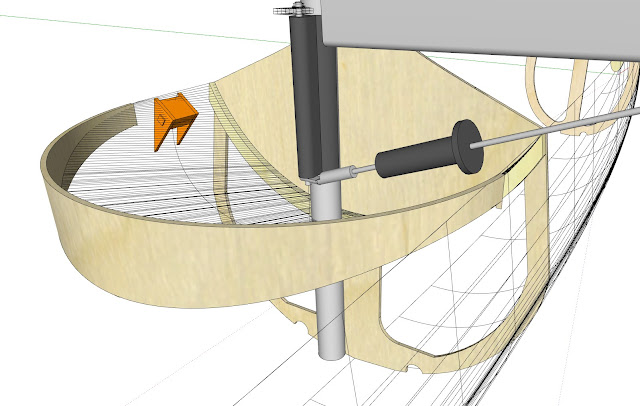 I've also rearranged the interior bits to be much more concentrated around the fin. The frames and bulkheads look heavy, but in reality shouldn't be too much. They are made of 1.5mm plywood with lightening holes. They are to support the mast well, the fin box, and the servo mounts. They will also add a huge amount of stiffness to the hull without adding too much weight. 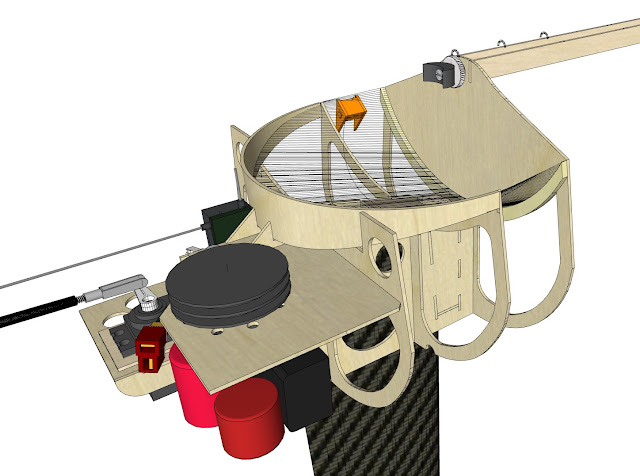 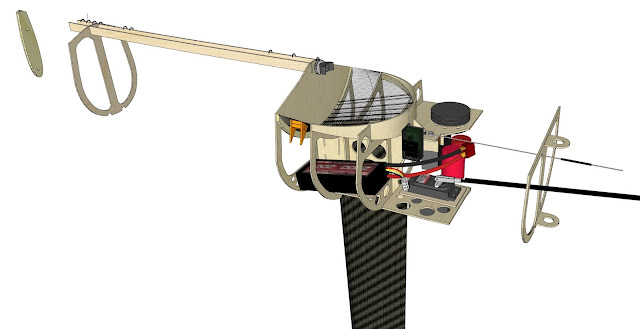 More later, but don't expect too many posts this summer... too much fun stuff to do outside!