January 27, 2019
Well after a couple months of considering, 3D modeling, and pondering, I've finally started to plank my Corbie 5 IOM.

My biggest unknown is how I'm going to taper the planks. The manual suggests that I use a small plane, but I've never had much luck with them. My go-to has usually been my stationary sander. So for these first three planks, I simply ran each set of two planks over the sander many times until I had what felt to be a decent taper. To be sure, I'll have to monitor and adjust how it's going, so fingers crossed!

The manual also suggests that I use carpenter's glue. While I like Titebond, it's working time isn't long enough, and it's not as waterproof as I'd like, so I'm using epoxy (WEST System 105/205) instead. Epoxy has a much longer working time, it's completely waterproof, and very strong. It's also, obviously, going to not be noticeable at all when I cover the entire hull with glass. I need all the working time I can get to rubber band down these planks.

I included a "step" on each frame to align the first planks (gunwales), and they seem to have worked really well! The planks, at least at this point, look perfectly lined up where they should be. Again.. fingers crossed that it all works out. 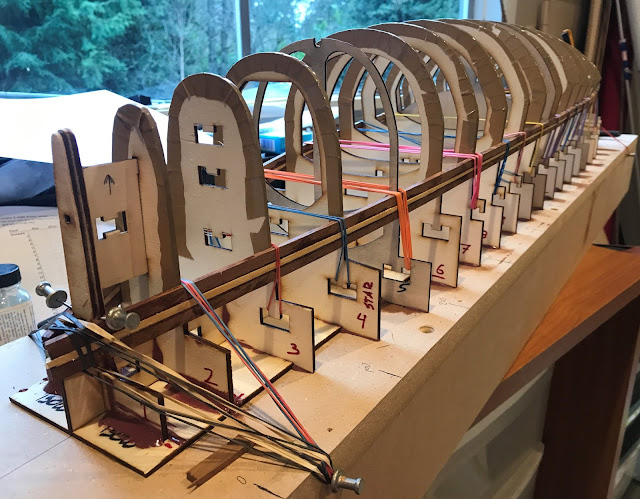 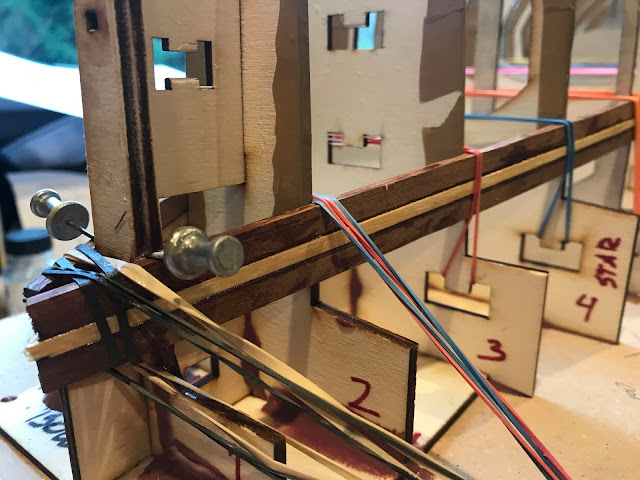 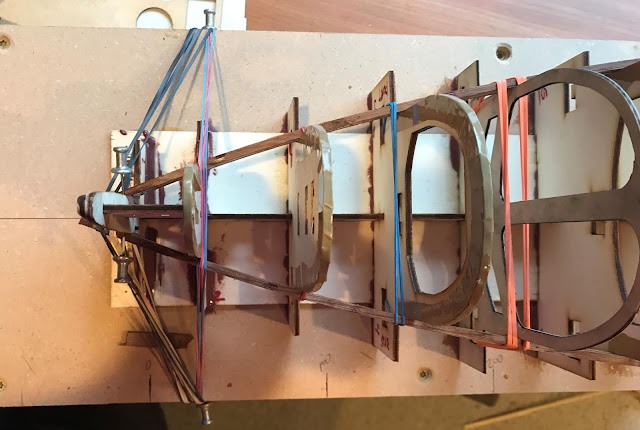 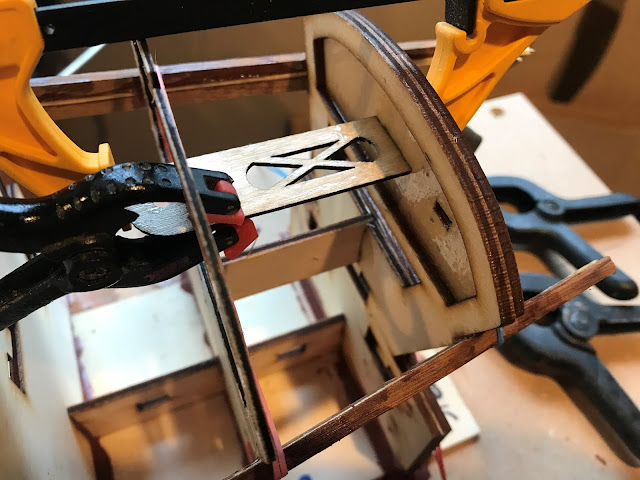 The planking process will go very slowly. At best a plank or two per day, so I'm looking at at least two weeks and probably much longer.