January 23, 2019
I've been involved in doing some 3D modeling of another boat lately, and haven't been as attentive to the Corbie 5 IOM as I should be.

However, I've also been doing some thinking and some designing for the Corbie 5 deck. An idea was given to my by Ian Dundas of Scotland... he suggested that I 3D model a frame for the deck of the Corbie so that I could use it to plank the foredeck. It was a great idea and I did it. See previous post for 3D drawing.

It's an exact copy of what the planked hull curves and bulkheads will form, so a deck built on this frame will perfectly fit the actual hull.

Here's how the deck frame looks: (I just used a scrap piece of MDF, so please excuse the wonky cutting job!) 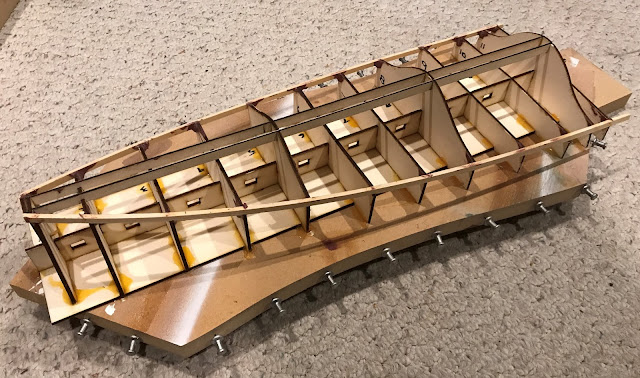 This picture is looking at the bow... 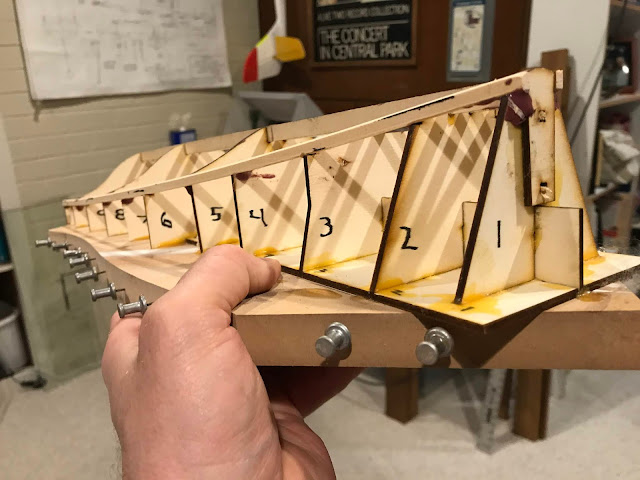 And this one from the back side of the main bulkhead... 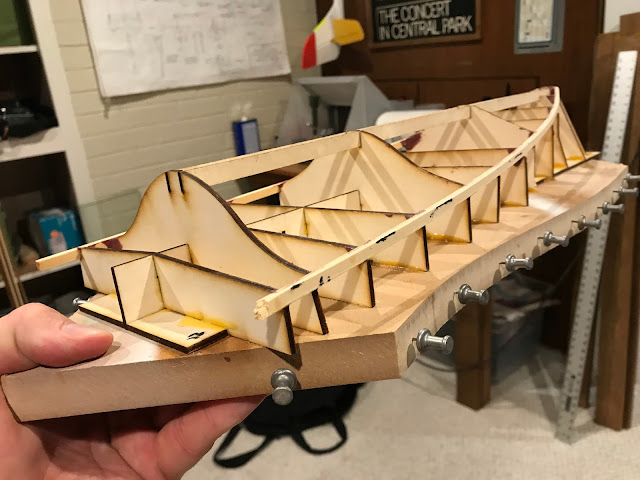 Today I laser cut two different colors of cardstock to see how they would work and to check how well the deck form would work. Luckily I can say that they worked well!

Here's the two layers of cardstock being laminated: 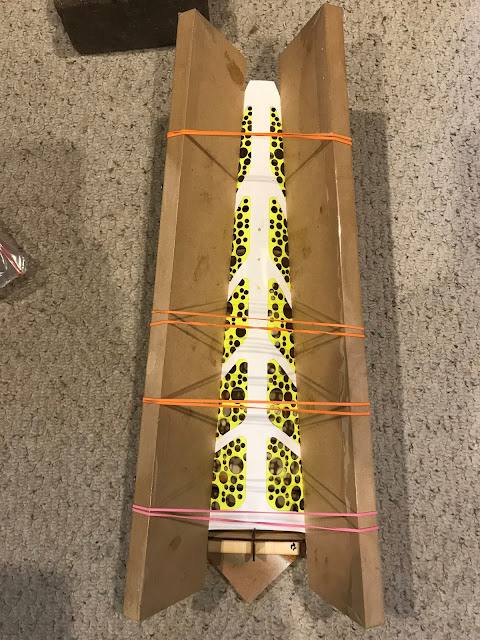 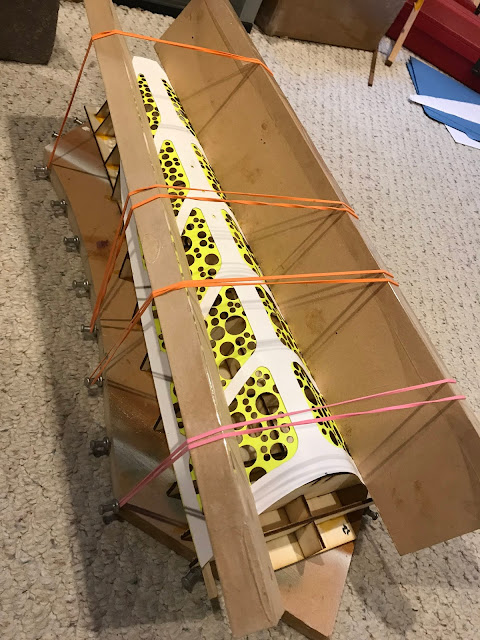 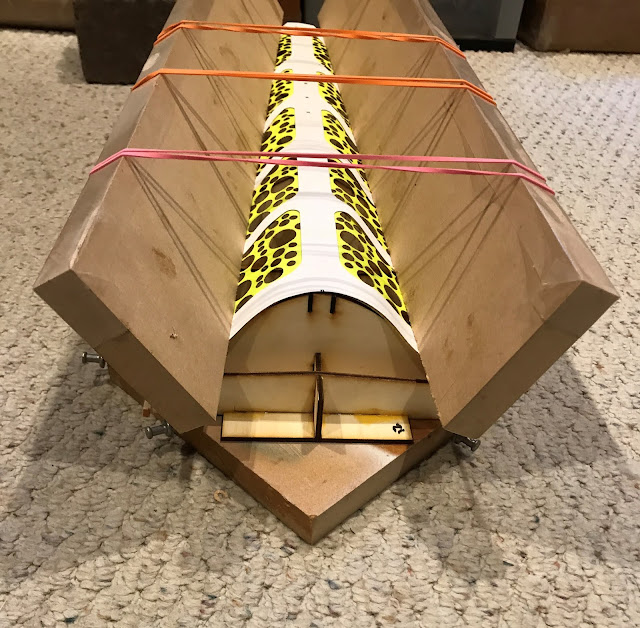 And here is how the cardstock version looks! 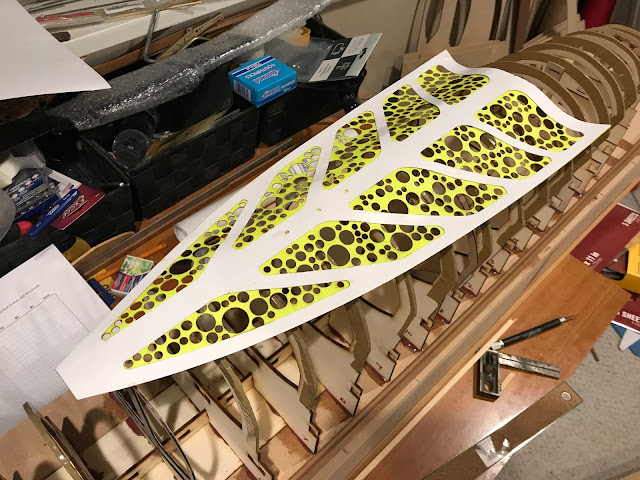 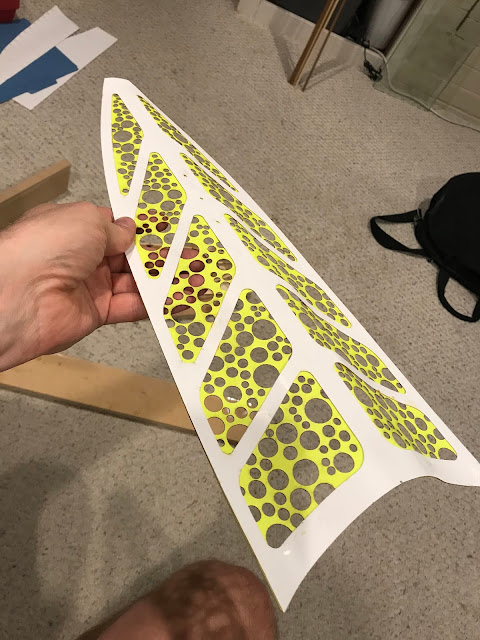 No, it's not very "classic" but it's sorta fun. And since I'm not a huge fan of modern IOM boats anyway, I thought I'd give myself the liberty to mess around with ideas. It might be a bit too much for the rather staid wooden RC sailboat crowd, but for a modern IOM I'm fine with it.

For the final deck I will laminate two sheets of ply with the top sheet remaining wood colored and the second layer being painted... probably red. Right now I'm thinking that the top layer will be 1/32" (.8mm) and the bottom layer with the holes will be 1/64" (.4mm). The whole assembly would then get a layer of 6oz. (or two layers of lighter 1.4 oz. cloth) fiberglass cloth over it to cover the holes and to waterproof the deck.

Fingers crossed that it all works!