November 18, 2018
I think I finished the Laerke 3D model... I stopped being absolute about that though because I know I'll have to go back in and twiddle with some things. But otherwise, the model is now complete.

It'll be heavy for an IOM, but I'm not too concerned because it's going to be at the back of the pack due to it being an outdated design and due to my crappy sailing skills. But it will look great! 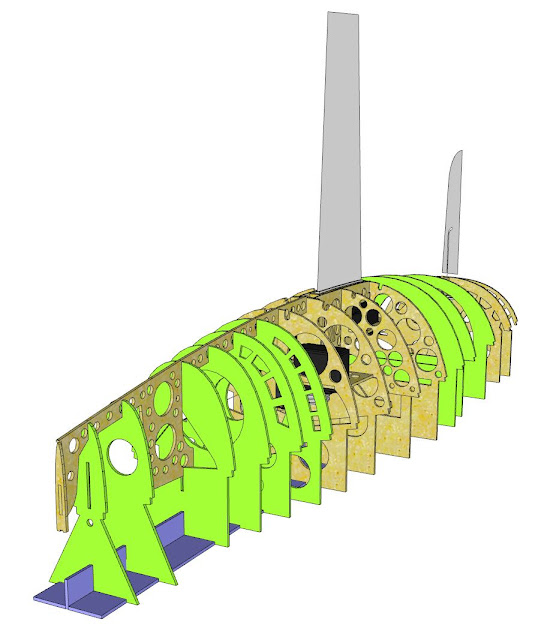 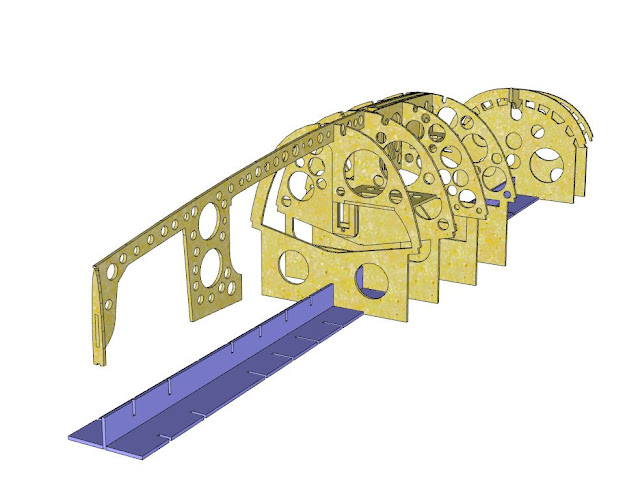 The wood-colored stuff will stay in the boat, but the green frames will be knocked out after I cut the hull from the building board. It will be the lightest boat I've ever made, but still one of the heaviest IOM's out there.

Obviously the support structures of the brown frames will also be removed. The boat won't have to carry that much stuff!

Next step: Make the laser-cut frames files. And then it's off to make the hull!