April 04, 2019
I waited 48 hours after my second coat of Klass Kote clear 2-part urethane, and then tonight wet sanded starting with 1000 grit and worked up through 2000 grit, and polished the hull with three different grades of compounds and polishes using my Porter Cable 7424 polisher. It turned out really well. It'll look even better with a coat of wax on the topsides.

It still doesn't have the depth of shine that I'd like, but it's really close. I might even do the old scale modelers trick of spraying some Future floor polish on the topsides. It would really shine it up. 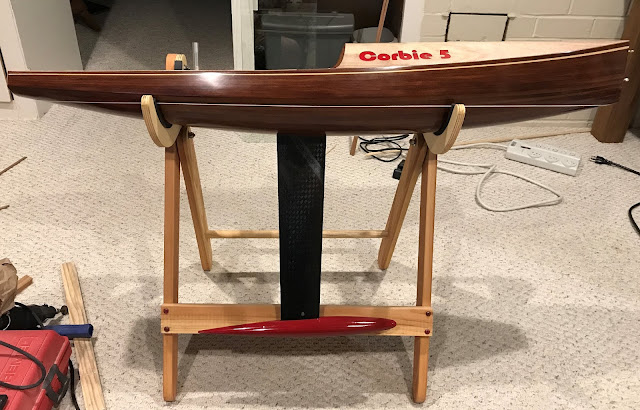 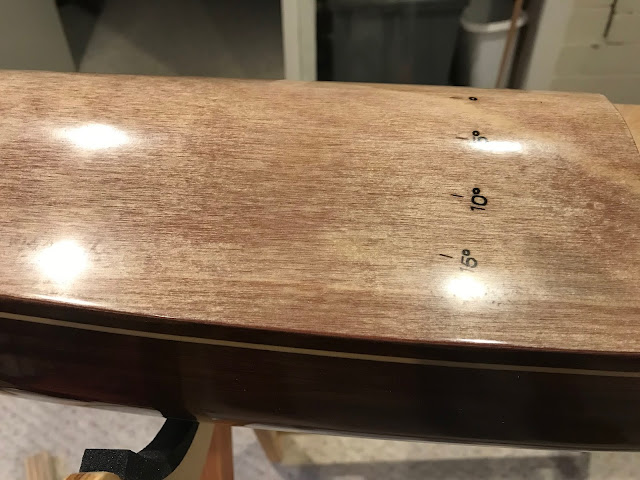 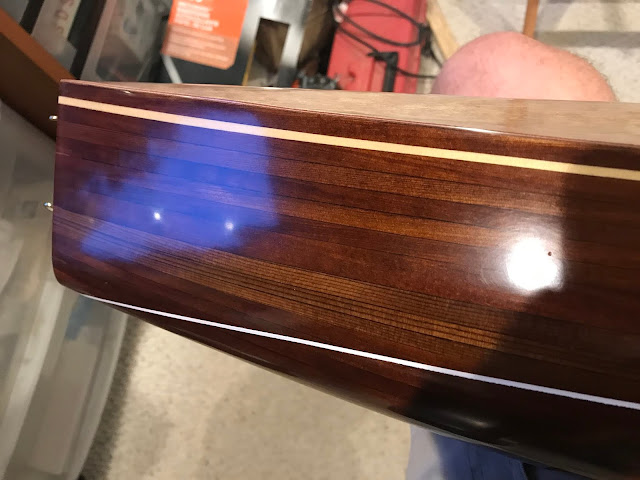 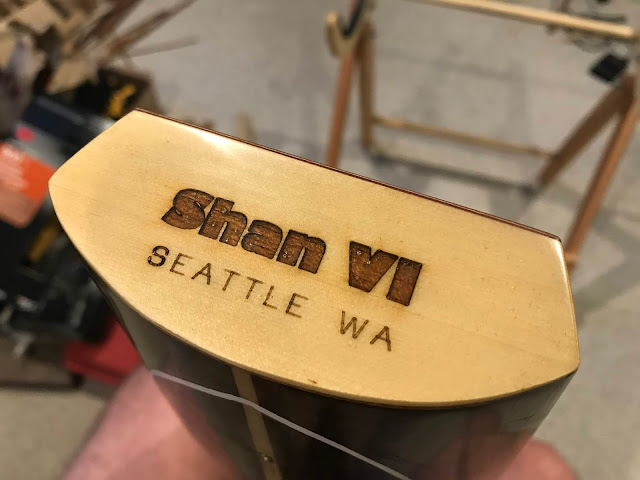 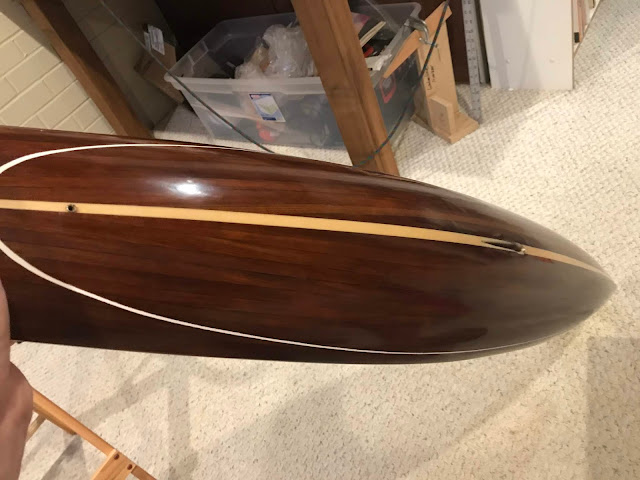 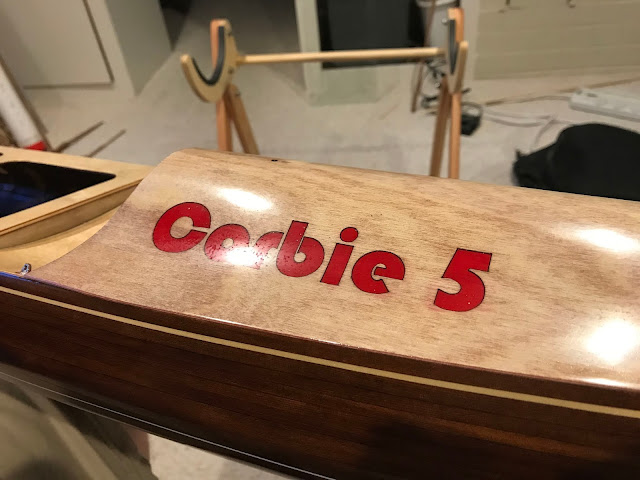 I still can see a few pits and dips, but whatever... it's a hobby not a profession. I'm getting better but am a ways away from the guys who can get those deep, deep shines. Maybe someday.

To totally eliminate the small pits and remaining orange peel, I'd have to sand much more aggressively, and then risk cutting through the clear coat. Someday I'll try harder, but when I do I'll spray on four or five rounds of coats instead of just two. It's clearly better than when I did my last boat... the Wampum... when I only did one round of coats. Two is obviously better, so four or five would be amazing! The only drawback is that this 2-part urethane is expensive! I only bought the quart kit and with tax and shipping it was about $100. Just managed to do two boats with that, but if I did four or five rounds of coats it would only cover one boat.

Another trick I'm now a complete believer in... WET sanding! SO much better than dry sanding. Uses much less paper and is quicker too. I did the whole boat with two quarter sheets of each grit instead of several sheets getting all clogged up while dry sanding. WET SAND!

Next it's time to build the rig, but first... Spring Break! I'm off for a week and will start on the rig when I return to work.