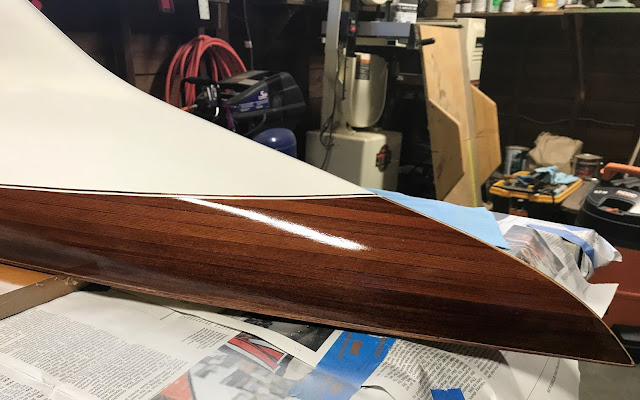 I began the finishing process (applying filler, paint, and varnish) by brushing on some two-part epoxy filler below the waterline. I'm using Interlux Primekote 404/414. Great stuff, but extremely smelly! Pretty expensive too. But it sands down wonderfully. It fills all the deep scratches and pits and such.

The filler goes on pretty thick, but you end up sanding most of it off. Keep in mind that I'm only putting it where paint will go. The topsides will stay natural. The pictures below are after sanding the filler off. 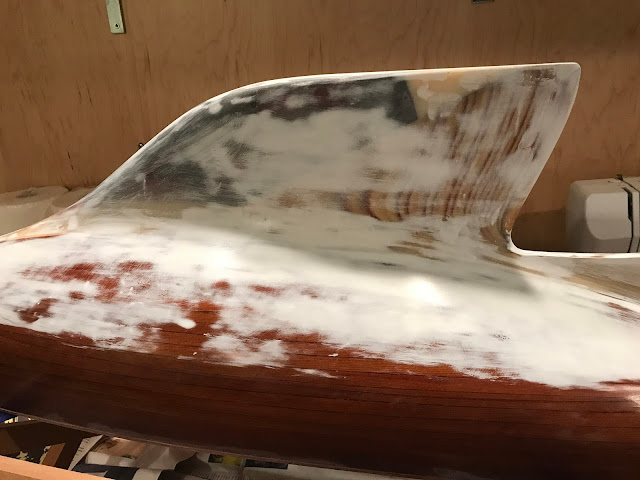 It may look rough, but it's actually just filled the scratches and other low spots. It feels very smooth now. 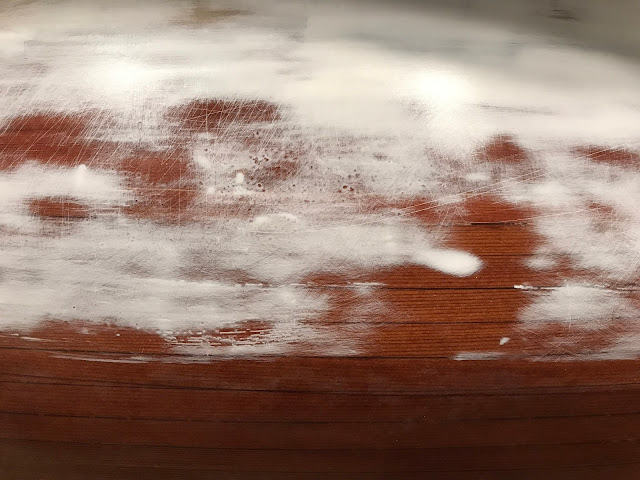 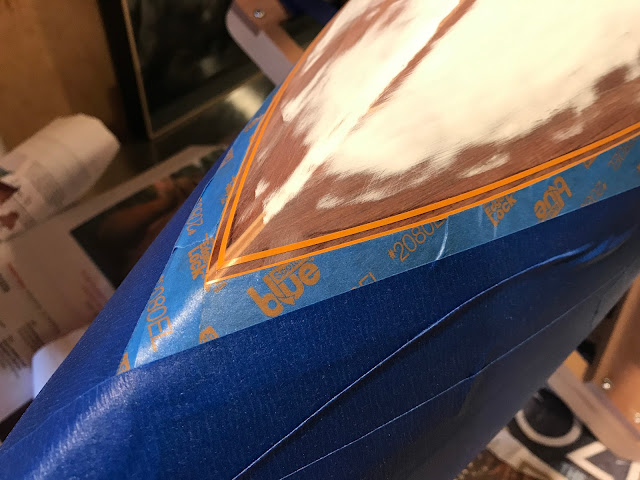 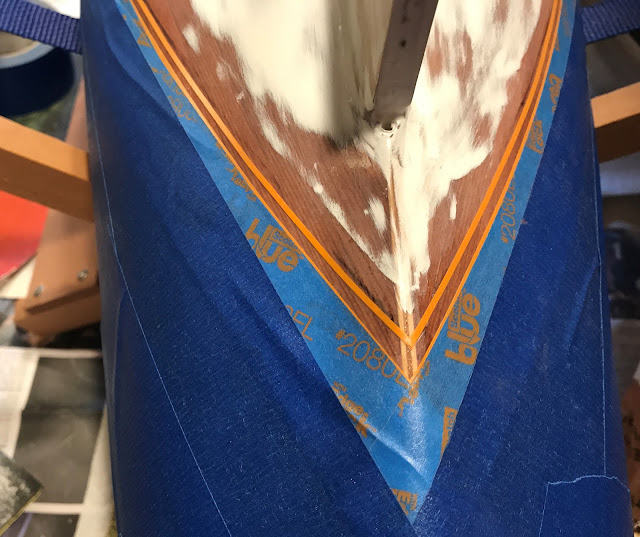 Next I mixed up some two-part Klass Kote epoxy paint. The first coat was clear. It's really only to act as a "bleed" coat that will seep under the tape. It's this coat that makes for a razor sharp line when the tape is removed. Then I followed with four coats of white. I thought that three coats would do, but the white needs to be reduced more than their other colors, so it just didn't cover entirely after three coats. 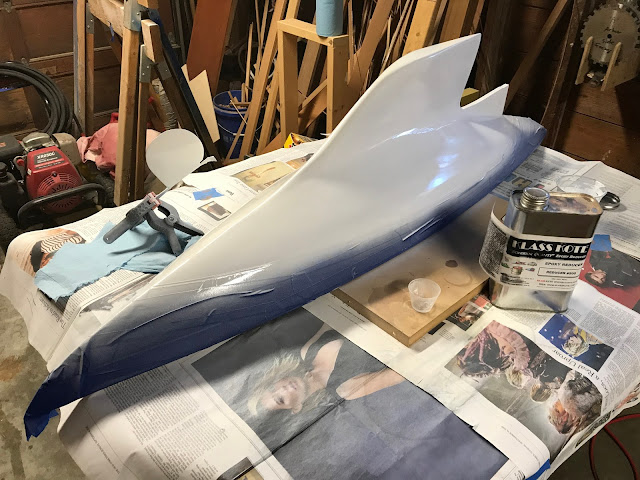 You can see some "orange peel", but it's not too bad this time. I'll lightly sand it before the varnish goes on and it should all disappear after five or six coats of varnish. 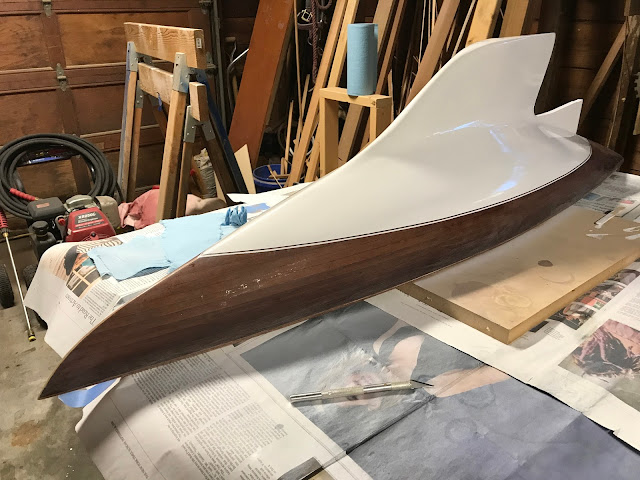 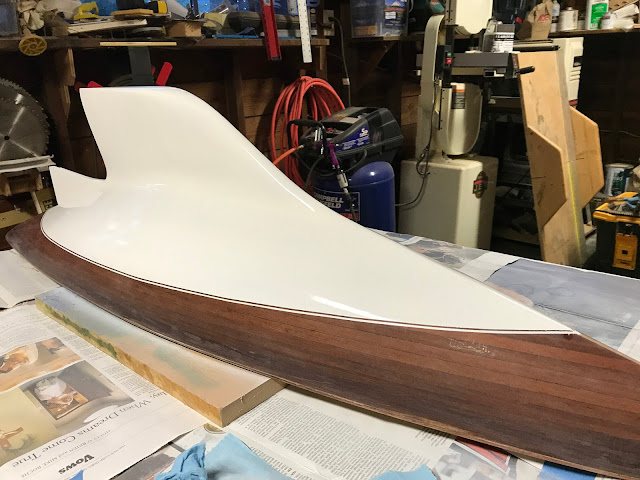 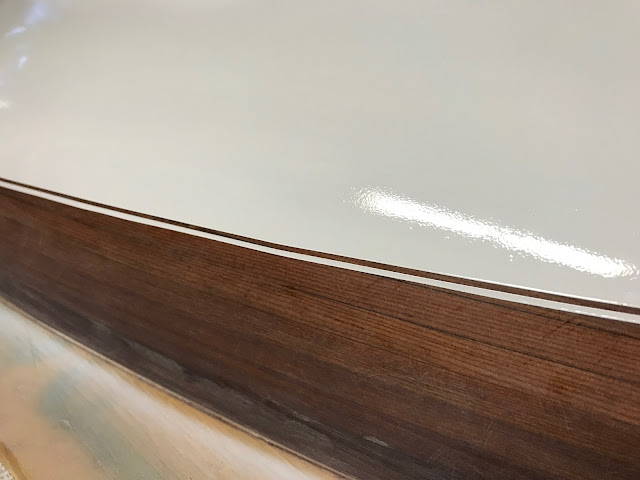 Oh... and don't forget to spray your rudder too!

Today I lightly sanded the entire hull and then sprayed on a few coats of clear. Here's how it looks. 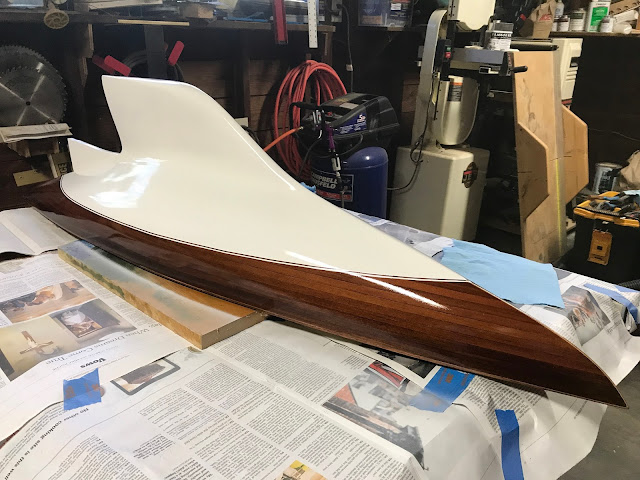 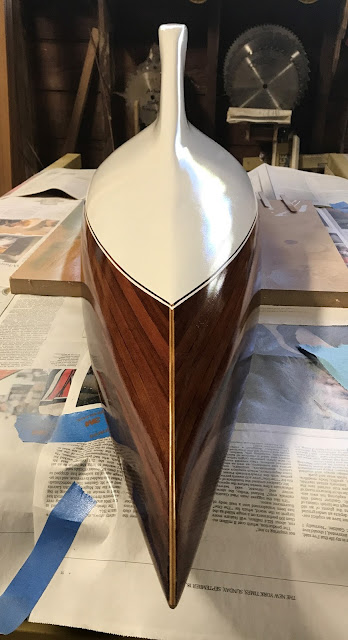 These pics are after I then sanded the first clear coat and then sprayed on several more coats. Looks good now... the scratches that I could still see after the first round are now gone.

However, I'm not done. Next week, after this reaches "sward" hardness, I will spray on Klass Kote clear urethane. It's an experiment as I've never tried it before. 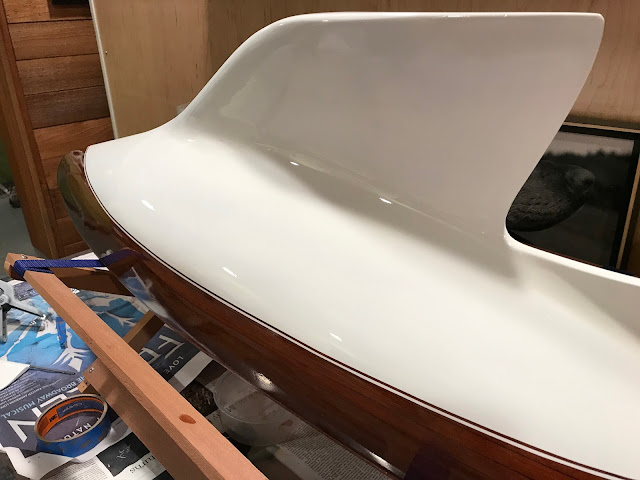 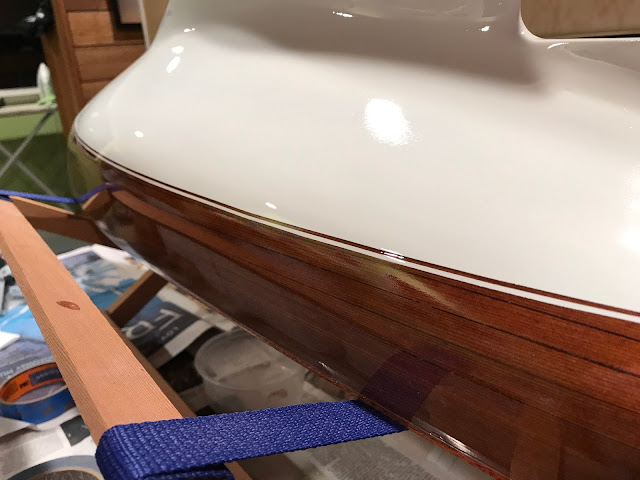 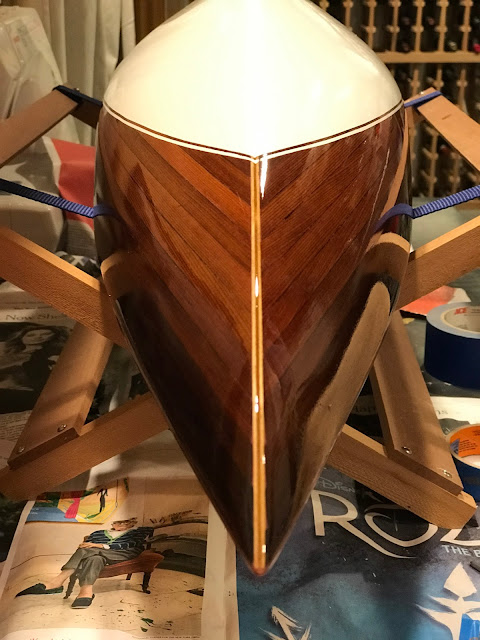 Klass Kote is good paint. You mix equal parts of the two parts and then let it sit for 30 minutes. After that you add one part or less of reducer (thinner). Mix that well and let it sit for a few minutes, then spray on a thin coat. Let that "flash off" (Let's the reducer evaporate out of the paint) for 20 minutes or so and then add a second coat.  Repeat as needed. Usually at least three coats are required.

Let the final coat sit for 30 minutes or so and then carefully remove the masking tape. You do not want to let epoxy paint cure with the tape still on or you'll never get it off.

Part 2 will be my attempt at spraying clear urethane. I'm trying that this time instead of varnish. Stay tuned!