February 22, 2018
I'm starting in on the planking my Wampum VM RC sailboat.

Then I drilled holes on the sheer rails that are each 3" apart. I actually stacked the two rails and drilled them together to ensure they would be even.

Then I carefully (mostly) aligned the pieces as best I could and drilled through the deck. The pieces are held in place with 1/8" wooden dowels. When actually epoxied on, the dowels will hold the pieces in place until the epoxy cures. When sanded flush, the dowels will add a nautical touch to the rails. It will look nice.

Here are the guide lines. The holes however were drilled using the pre-drilled mahogany strips. I laid the strips on the deck, and starting at the bow, held them in position. Then would bend the strip to conform to the curve of the deck and then drill the next hole and insert a dowel. You do this all the way down the deck. 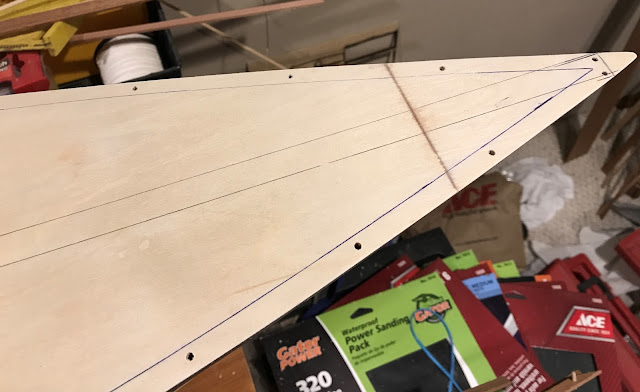 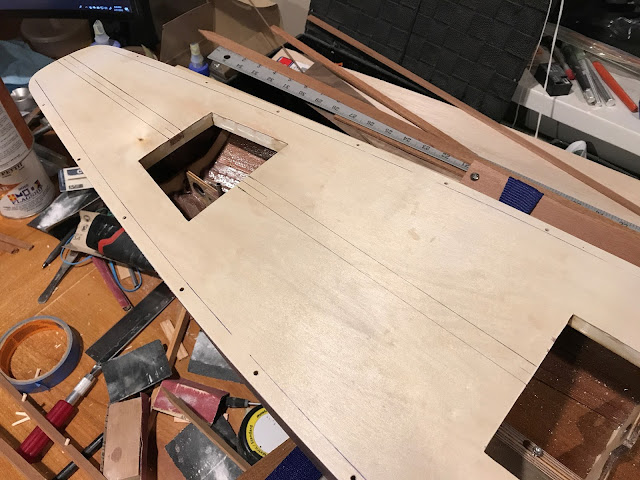 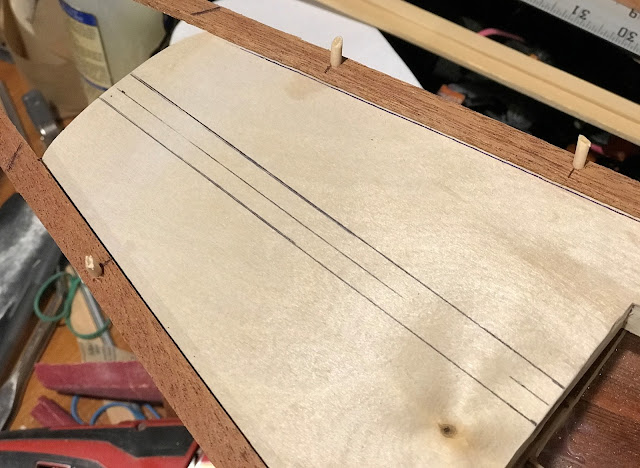 So in the picture below, you can see a bit too much of the subdeck showing through. When I epoxy it, I will simply not include that dowel and the rail will come out a touch. Later, I will then fill the strip hole with a short piece of dowel just for looks. 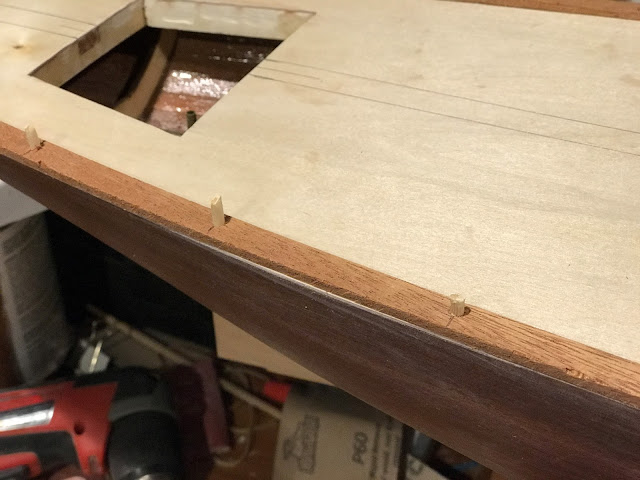 You must be very careful about how far you drill through the deck. Don't ask me how I know this!! Gawd... should have been using a drill bit collar, but no... so stupid. 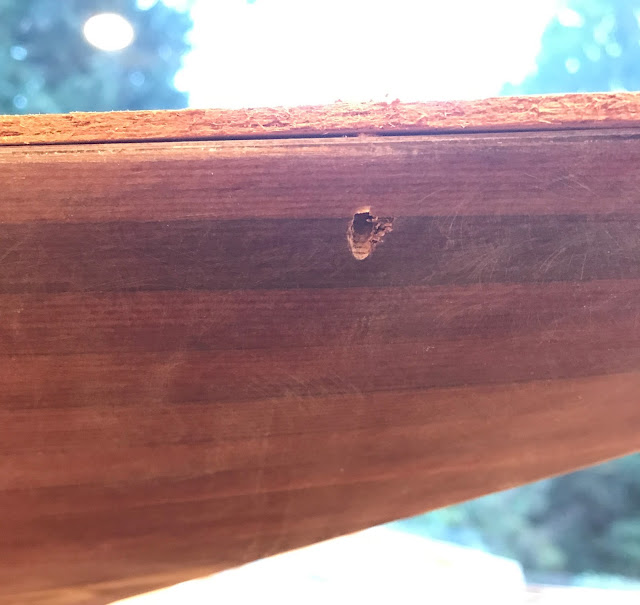 It'll easily plug and will sand flush just fine, but I'll always be able to see it though. It'll be a constant reminder to not do stupid stuff. Ugh...

Next step: Epoxy this all down, and then start on the planks of Alaskan Yellow Cedar.